The shares of Zynga Inc (NASDAQ:ZNGA) closed $2.92 per share, up by 4.66%. The company erased those gains after it released its second-quarter financial results that disappointed investors.

The stock price of the social game developer dropped almost 8% to $2.68 per share during the extended hours trading, around 5:45 P.M. in New York on Thursday, August 7.

Zynga Inc (NASDAQ:ZNGA) reported that reported adjusted EBITDA of $14 million and bookings of $175 million. According the company its non-GAAP net income was $3 million for the second quarter.

Wall Street analysts expected the social games developer to deliver $191 million in booking and $18.3 million in adjusted EBITDA.
During the same period a year ago, Zynga Inc (NASDAQ:ZNGA) recorded bookings of $187.5 million, adjusted EBITDA of $8.3 million and non-GAAP net loss of $6.1 million.

In a statement, Zynga CEO Don Mattrick said, “While our quarterly financial results were in line with our guidance range, we aspire to do better and improve execution across our business. Inside Zynga, we recognize that our products have the potential to live for multiple years and with nurturing, refinement and investment, they can grow and scale.”

Mattrick said they are making the right decision to grow Zynga’s business and unlock long-term value for shareholders. He added, “We continue to make significant investments in the highest potential areas of our future pipeline. By Q4 of this year, approximately half of our game-related research and development will be allocated to new and recently launched games – this represents about a 45% increase year over year.”

Zynga Inc (NASDAQ:ZNGA) announced that it is entering the sports category, and it is currently developing football and golf mobile games under its new franchise brand, Zynga Sports 365.

The company signed a multi-year licensing agreement with the National Football League and NFL Players Inc, the licensing and marketing unit of NFL Players Association. According to social games developer, the agreements allow the company to bring the real NFL teams and athletes, including their names and likeness to create a unique team manager football experience. Its new football game called NFL Showdown went live today.

Zynga Inc (NASDAQ:ZNGA) forecasted that it would be able to deliver bookings in the range of $160 million to $170 million in the third quarter and to incur a net loss of around $52 million to $57 million for the third-quarter. The company estimated that its net loss wound be around $0.06 per diluted share and adjusted EBITA of $5 million. 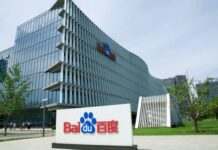 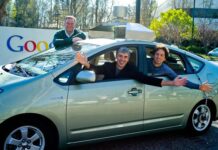