China and their companies have always been famous for their ability to copy anything, and what we have here is no different. Apparently, this Porsche Macan copy named Zotye SR9 is now ready to show its face on the Shanghai Auto Show, next month and it is pink. Yes, you read right, it’s pinker than a little girl’s diary!

Well, this just shows that the Chinese do not know their boundaries. As if it wasn’t enough that they basically ripped off Macan’s design cues, they decided to go one step further (or back) and made a special pink edition of the vehicle named “Nunsheng” (or Goddess in translation). This is something that the rest of the world is definitely not used to, but in Chinese culture, it’s normal because there this means “a woman who is admired by others” and they often use it to refer to a celebrity, at least according to what CarNewsChina reported.

But that is not all. Not only that the Zotye SR9 special edition has its exterior colored in pink, but its interior also brings the same color tone as well. Its upper side of the dashboard, the doors, gearshift lever, central console and other surfaces are finished or accented in pink, while as a contrasting color they decided to use the cream white color for the leather used elsewhere.

Man, inside it basically looks like a lollipop, and I can’t imagine anybody sitting inside and not craving for something sweet. It seems that this isn’t enough for the company and that is why Zotye stated that any future female owners of the car would get to have their initials embroidered into the headrest as well.

The regular SR9 in China has a price tag of very low $15,790 while the SR9 “Goddess” special edition will bump up the price to “pricey” $26,000 and it will retain the same 2.0 L turbocharged unit that is capable of offering 190 HP, like the rest of the range. 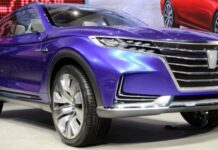 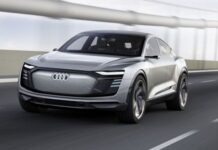 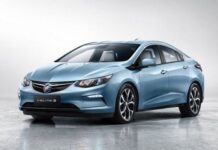 New Buick Velite 5 debuted in China but as a rebadged Chevy Volt!