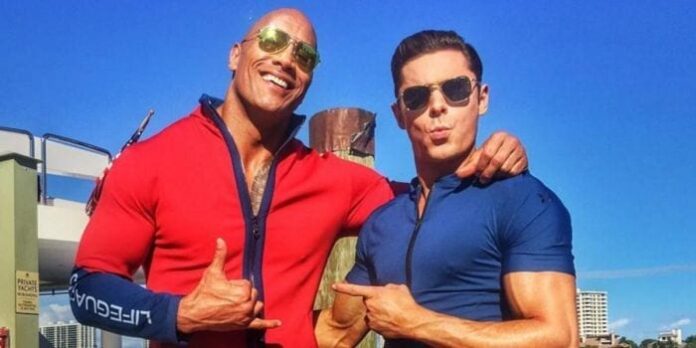 Dwayne Johnson and Zac Efron worked together on Baywatch. While the film didn’t bode well with critics, and as a result, it didn’t perform well at the box office as some other Johnson’s movies. But, when we look back at it, it did have a few memorable scenes. One of those that most people that watched the film remember is the one where The Rock and Efron share a kiss.

Talking about that Baywatch scene, Zac said that he would love to finish what the two men started. What Efron wants is to film entire s** scene with People’s Champ. If you don’t remember in the scene mentioned above Efron’s character Matthew Brody tries to kiss Summer Quinn played by Alexandra Daddario but instead ends up kissing Johnson.

During the promotion of this film, Efron said on the kiss scene: “Unforgettable. What a dreamboat. Honestly fantastic, just fantastic.” 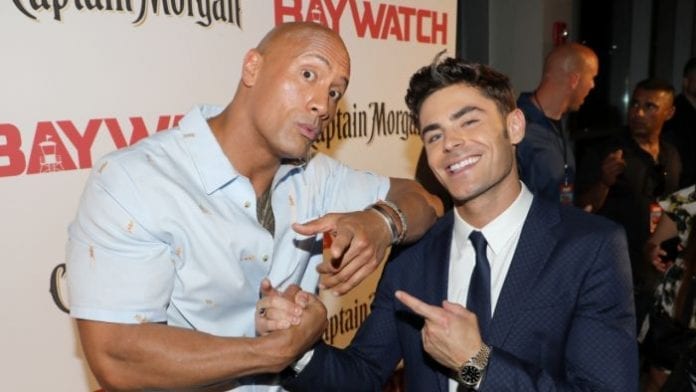 In a more recent interview with Vogue, Zac said: “Absolutely amazing – he’s perfect… it was amazing.” When asked who would be an ideal partner for a love scene he said: “The Rock. Finish what we started.”

Interestingly, Efron failed to kiss Daddario in the named scene, but he allegedly started seeing her after the filming of Baywatch ended. Two of them began the ‘relationship’ during the production and continued afterward. According to People magazine, the pair has been seeing each other ‘on and off’ since last year. But, at the moment they are not officially dating.

We still haven’t heard from The Rock who will undoubtedly respond to these statements. The actor who celebrated his 46th birthday a few days ago shared a cake shaped like a notepad with his bucket list on Instagram. Unfortunately for Efron, ‘making love with Zac’ is not on it. But, with the number of movies The Rock has in store for us in the future, the two men could star in another film together. Maybe then Efron will have a shot at love scene with Dwayne Johnson.