Opptrends 2022
Home Entertainment A year ago she was proclaimed the most beautiful girl in the...

The girl is so pretty that her Instagram profile already has 461,000 followers.

Precisely one year ago, officially the most beautiful girl in the world stole everyone’s hearts. At the time the 5-year-old Russian girl, Anastasiya Knyazeva, replaced her countryman Kristina Pimenov on the throne. This gorgeous girl is now one year older and, if at all possible, even more beautiful.

When she was proclaimed the most beautiful girl in the world, she had more fans than the famous musician Justin Biber had at the beginning of his career. Nowadays the number of her followers has grown, and the little girl’s Instagram profile currently has 461.000 followers.

Her mother posts Anastasia’s photographs and footages every day, and it’s pretty obvious that the girl now looks a lot older than the other girls of her age.

The beautiful little girl with penetrating blue eyes can boast with a successful career of a model, given that she is the cover face for many companies now.

In her photos, she literally looks like a puppet and everyone who has worked with her claims that she is very natural in front of the camera and poses as if she were 25, and not six years old.

Even though she is very young, many consider her beauty miraculous. Many moms use her photos as an inspiration for dresses and hairstyles for their daughters.

And while most people admire her, there are lots of people who do not approve of “her job” and say that this exposure of one child can also be interpreted as the child abuse. They also add that so much exposure to the public at that age is not good for the psychological development of a girl.

Although the comments on her photographs and images are generally positive, these people consider that her childhood has been taken away from her as she is being scrutinized at such a young age. 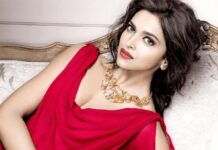 The best-looking girls for 2017 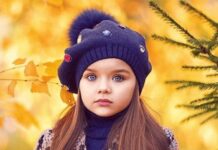 21 Most Beautiful Pictures Of Anastasiya Knyazeva