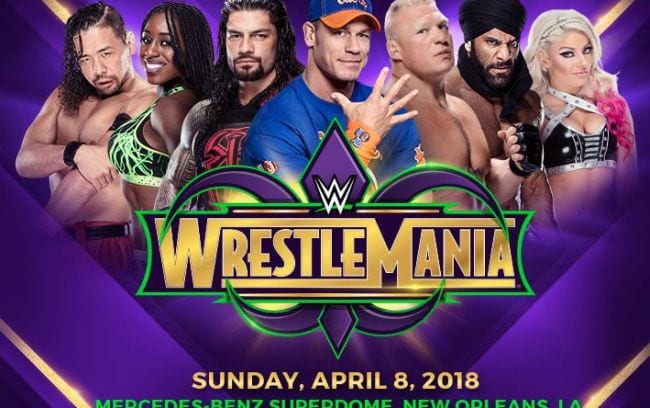 We are now just a month away from the grandest stage of them all. Monday Night Raw brand doesn’t have any more events before Wrestlemania 34 in New Orleans, while Smackdown Live has just one PPV where we are going to see a huge battle for the WWE Championship. The build for the Mania is now in full force, and we can already see which matches are going to take place in New Orleans.

There are battles like the one for the WWE Universal Championship that we are sure that are going to happen at Mania. Some others, like The Miz defending the IC belt vs. Balor and Rollins, are the matches that are not confirmed yet, but we can guess them.

The company is always trying to put as many people on the card as possible, and they are going to try to do that by having two battle Royals, one for the men and one for the women. When you are on Mania’s card, you are always going to get that big payday, and that is what WWE wants for their stars. Everybody wants to be at Wrestlemania as it is the biggest show in the whole world of wrestling.

Bryan Alvarez is reporting that WWE is trying to decide whether or not they are going to have Andre the Giant memorial battle Royal, as well as whether or not they should do one for the women. He notes that the show is going to be at least six hours long and that if both of these matches do happen, one of them is going to be on the preshow. Since HBO has made a documentary for Andre, that match is likely going to be highlighted on the main card.

Nikki Bella Is Shocked With What John Cena Did On Live TV!