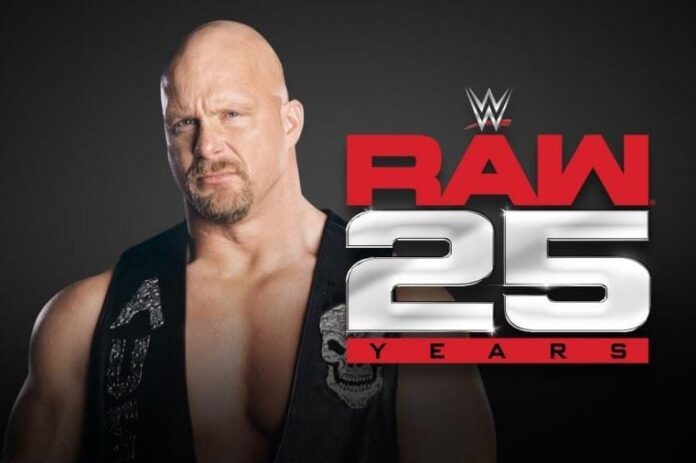 WWE Raw will see how many icons and big names it can stuff into three hours of airtime to celebrate its 25th anniversary on Monday.

Raw is set to commemorate a quarter century of programming, and WWE is making sure this occasion is massive. The show will broadcast from both the Barclays Center and Raw’s original home base of Manhattan Center in New York City. The hype level has been akin to that of a pay-per-view.

And the company will welcome enough Hall of Famers to fill the wing of a museum.

Stone Cold Steve Austin will be back on the show he was long the centerpiece of. Chris Jericho will make his first WWE appearance after competing for New Japan Pro-Wrestling at Wrestle Kingdom earlier in January. The all-star lineup will also include seven-time women’s champion Trish Stratus.

To further the big-night feel, a pre-show will air before Monday’s anniversary show.

WWE announced Renee Young, Peter Rosenberg, David Otunga and Sam Roberts will all be on the panel for the program which will begin at 7 p.m. ET on various platforms including the WWE Network and Facebook, an hour before Raw kicks off on USA Network.

As for Raw 25 itself, the guest list is as follows, per WWE.com:
Announcers, Managers, etc. 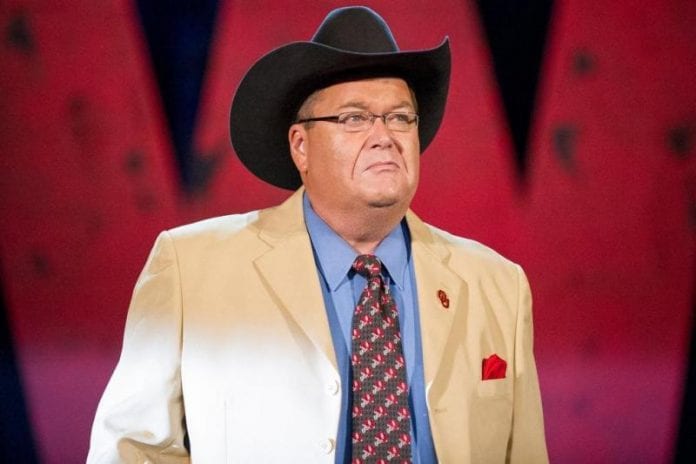 Former WWE champ Kevin Nash won’t be able to join his fellow Clique members. The Hall of Famer tweeted that he is recovering from knee surgery and won’t make it to the show:

Was so looking forward to being a part of RAW 25. It's nearly impossible to travel on our down sized airlines healthy. With a total knee replacement it would be self inflicted torture. See ya everyone at Mania

Hulk Hogan apparently remains banned from all things WWE. A leaked racially charged rant led to him earning a place on the company’s blacklist in 2015. That situation has not changed.

“At this time, WWE remains committed to its decision,” the company said in a statement to the Associated Press about Hogan’s potential appearance at Raw 25.

As to what all the legends might be up to on Raw, one would have to assume The Revival will get a violent visit from a familiar face or two. The hard-hitting tag team claimed that despite whoever showed up at Raw 25, this was their universe:

Give #TheRevival a LIVE microphone, and THIS is what you're going to get! The #RAW Tag Team Division has been put ON NOTICE! @DashWilderWWE @ScottDawsonWWE #RAW25 pic.twitter.com/OUhyzD2SSc

That smells like a past-meets-the-present scene is on the way where The Revival have to eat their words.

In addition, JBL and Simmons being in the same building means we could get an Acolytes Protection Agency reunion. Brother Love and Undertaker could reform their old alliance for the night, too.

There is sure to also be a showdown of some sort between stars such as Stratus and the current Raw women’s champ and narcissist Alexa Bliss.

Juggling the robust set of guests and the current roster while also building toward the Royal Rumble will be quite the challenge.