Back when the brand split was originally implemented, everybody knew that Smackdown Live got the worse part of the draft as they got quite a smaller amount of talent to work with. But, after a couple of months of watching Monday Night Raw and SD Live on back-to-back days, we had a chance to see that they were producing much better shows on a weekly basis.

SD live was the show to watch. But, over the past year or so, they have been god awful. Their Wrestlemania 33 build was okay, but everything after that was bad. It seems that their downfall was putting the belt on Jinder Mahal and having him as the champion. None of the storylines that he was involved in were good, and the brand started to suffer. 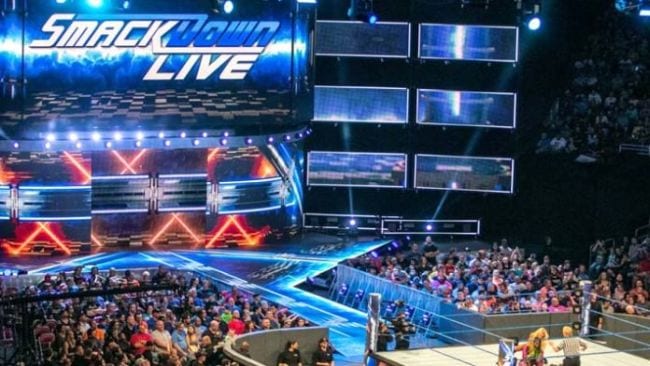 It just looks that the booking team for this brand is always on auto-pilot and it is hard to pinpoint what changed between the first six months of the brand split and the past year. Even though Raw is not perfect, at least they are giving us something exciting from time to time.

The WWE even knows that the shows from the blue brand are not good. During the recent podcast by Brad Shepard of BodySlam.net, he commented on the latest SD Live shows.

“A source in WWE told me that basically everyone that works there knows it’s not good. Hey, record profits though or record revenue, whatever it is. But you can’t get tickets sold to these shows. Everyone keeps saying how great wrestling is doing and I just don’t agree.”

That was his statement about the tickets sales being down. Hopefully, this is going to be enough for the WWE and the booking team to step up their game and make this show as good as it was in the fall of 2016.