This is what happened to this ill-fated pleasure seeker once the amusement park ride went completely wrong, and left her pantyless. At a fair in Costa Rica, there were a lot of visitors who came to put their courage to the test by trying out the raging vibrating disk that spins and tosses the passengers around, also known as La Tagada.

As the ride started twisting and turning more and more violently, it seemed it was too much for a poor woman whose pants started slipping off during the ride. Her boyfriend tried his best to help her and cover her, but his attempts were in vain.

As if that was not enough, the woman was wearing no underwear underneath her clothes, which was the reason her boyfriend was trying so hard to protect her honor. Their attempts were pointless because the unfortunate girl was flung into the middle of the disk that was rotating fiercely, while her jeans were hanging from her knees and her bare bottom exposed for everyone to see.

Soon enough, they stopped the ride, which probably made the woman feel very relieved. However, the cheering crowd from below had already seen everything there was to be seen. One of the viewers even filmed the entire inconvenience with a camera. Lucky for us.

This whole thing took place at Zapote Festival, Costa Rica, in the capital San Jose. This festival represents a traditional event that happens at the end of a year, and it usually draws tens of thousands of visitors each day.

Sadly for the woman who remains unknown and unnamed, the video of this occurrence was uploaded to Youtube very fast. The number of people who had seen the video is enormous, and it keeps growing.

How would you feel in this kind of situation? Do you feel sorry for this girl who was out luck? 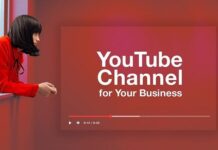 How To Create A Professional – Looking Youtube Intro In A Cost-efficient Manner? 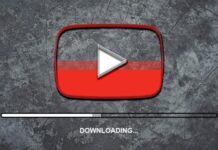