Opptrends 2022
Home Entertainment Will there be Orange is the New Black Season 6?

We have seen the Litchfield prison riot crushed at the end of the season 5 of Orange is the New Black and every single fan of this show was left wondering whether there will be another season.

In 2016 Netflix decided to renew Orange is the New Black for another three seasons which means that this prison drama will have its seventh season one day.

The showrunner, Jenji Kohan will keep her job, and she already spread some words on the season six. In her interview with The New York Times, she stated that the show could maybe modify its timeline so as to put in some real-world events.

Our beloved ‘Orange is the New Black’ first aired on Netflix in 2013 however from that point only 10 months have passed when it comes to the storyline. 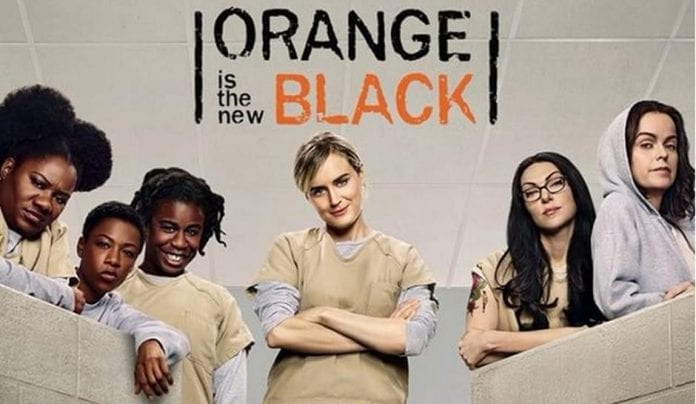 A reporter was smart enough to ask Jenji whether there is a possibility of Donald Trump appearing on the show. To our surprise, Jenji replied that it is highly probable since the US has a real threat in increased number of incarcerations.

‘We’re trying to figure that out because theoretically we’re operating in the past. But we want to address current events and feelings, so we may abandon the timeline. Piper will still have served the same amount of time, but we will be in the present day.’ These were her exact words.

When it comes to the release date of the season six, we still have no official confirmation coming from Netflix. Season one was released on July 11, 2013, but each season after that arrived on Netflix in June. Now, even though we have no official statement from the Netflix, we speculate that the possible air date of the season 6 will be June 2018.

Following the end of the season 5 where we saw 10 inmates standing united in the drained swimming pool that served as a bunker during the riot. SWAT stormed the prison where they expected prisoners to fight back. Frieda, Suzanne, Cindy, Taystee, Red, Piper, Alex, Nicky, Gloria, and Blanca stood by each other throughout the whole ordain.

Morelli, a writer and producer of the series, claimed that this scene ‘was one of the first times in the show, aside from Poussey’s death in the cafeteria, where things transcend racial tribes.’ She added: ‘Having these leaders of the various racial groups come together felt really important: This riot is about all of us.’

Natasha Lyonne also had something to say about the future of the show and her character. ‘We don’t know if all of our characters die, if some of us die. We don’t know if we kill everybody that walks through that door.’

Morelli, fortunately, revealed how the show will continue and in what direction. She said that the season 6 will follow directly from season 5 and it will mainly deal with the consequences of the riot. ‘A conversation they constantly came back to in the writers room revolved around committing to the riot, as well as its aftermath. If this is going to be the season, then that means we are tying ourselves into the reality of the consequences of that.’