Don’t be surprised if one of the best moves of the superstar shakeup that happened a couple of weeks ago ends up being the move of Rusev to Smackdown Live. If he didn’t get hurt, he would be the one challenging Orton at the Backlash pay per view instead of Jinder Mahal.

Vince McMahon feels that the company needs more of those foreign heels and Rusev was his first choice to challenge Orton for the WWE title. But, since he did injure his shoulder, the company had no choice but to go with Jinder Mahal in that role. Still, it seems that it’s not all over for Rusev as his new storyline started with a Facebook post about him demanding a title match at Money In The Bank pay per view.

We now even know when he will make his return to TV and that is going to happen during the next week. Since Shane McMahon didn’t answer to the request of the Bulgarian Brute, he is going to show up on the blue brand to talk to the commish about his potential championship match after the Backlash event.

As far as when will Rusev actually start to wrestle again, there are no reports on that. He was supposed to be out for a couple of months. Reports are saying that Rusev’s recovery is going fairly well so we can probably expect him back in action in about a month. Will he be in the title picture going into summer or will the company move on from this idea of him challenging for the belt? We will have to wait and find out in the next couple of weeks. 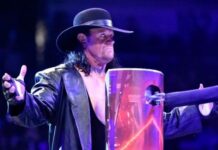 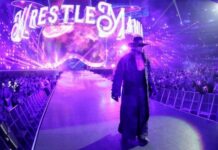 Triple H Says That The Undertaker Will Pick His Matches