Opptrends 2022
Home Sport What Will Texans Do Now When Romo Is Retiring?

There is no doubt that the Houston Texans had Tony Romo involved in their plans. He wasn’t maybe their number one goal and their main target, but there is no doubt that they were going to take a look at him, possibly even add this guy to the roster. Brock Osweiler is now in Cleveland, Texans do need a quarterback, and one of their best options is not available anymore. What are they going to do now?

Well, they knew that they had to do something about their quarterback situation. The first move that they needed to make was letting go of Osweiler. That was not an easy thing to do considering the kind of deal that he signed and the kind of guaranteed money that he has been given. Texans pulled it off beautifully.

Now, they need to find his replacement. Bill O’Brian will be the first to tell you that Tom Savage is going to be his guy. He is going to campaign that he is the right man for this team going forward. Most of the people around the Texans and the league will disagree as he is nothing but a backup right now.

The option and the route that they can take is Colin Kaepernick as he is definitely the best signal caller available right now, but nobody wants to take a risk and sign him. O’Brian is an offensive minded coach and a guy that was the trainer for the quarterbacks when he was with the Patriots. He could always put the right people around Kaep, in the right kind of a system and make it work. At his moment, he is the best option for Houston. 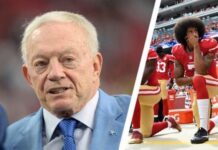 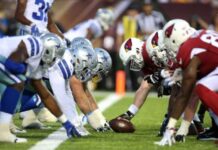 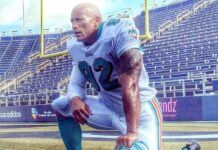 Dwayne Johnson Says He Would Have Knelt For Anthem