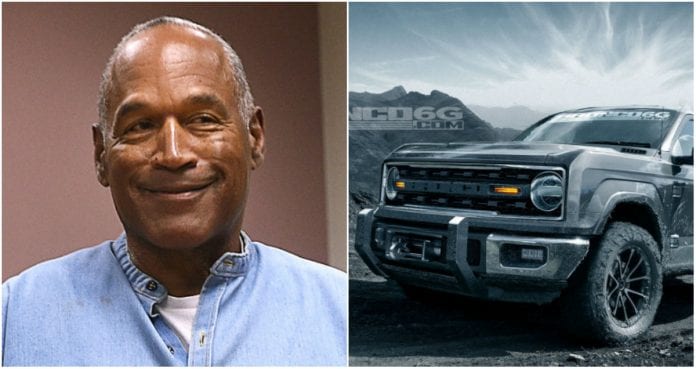 If you know about the Ford Bronco, then you must know about the person who made it famous – O.J. Simpson. You are also aware that O.J. spent all this time in jail for his crimes and that his sentence is nearing its end. As we managed to find out, O.J. just yesterday testified before a parole board and today was granted a release in October.

What is funny is that, as it seems now, the man who pretty much put the Ford Bronco on every TV set in the world and made it famous will be getting out before the new Bronco sees the light of day. As you know, the new Ford Bronco will be released for the 2020 model year, while O.J. according to last info is getting out in October. As we managed to find out a four member, Nevada parole board decided to vote to release the 70-year-old former star athlete after what turned out to be a sensational trial that held the American audience glued to the TV sets and chairs, nearly two decades ago.

Simpson participated in the proceedings that had a live video feed from Lovelock Correctional Center, which is about 100 miles (161 km) from the parole board’s office in Carson City. After his parole was granted, Simpson bowed his head and appeared to be in tears after which he clasped his hands and thanked them repeatedly. O.J. then stated “I’ve done my time, I’ve done it as well and respectfully as anyone can. None of this would have happened if I’d had better judgment.” The justification for his early parole was that he had complied with prison rules during his sentence, plus the fact that he had no prior criminal convictions which make him a minimal safety risk to the public.

Simpson also said that he is pretty much ready for the public life again and that he will spend it with family and friends, but he is also ready to cope with the public attention he is going to get. “I’m not a guy that has conflicts in the street, I don’t expect to have any when I leave here,” added Simpson. The one more mitigating circumstance is the fact that Bruce Fromong, a robbery victim, stated that Simpson is actually “a good man” who made a mistake but who should be allowed “a second chance” in life.