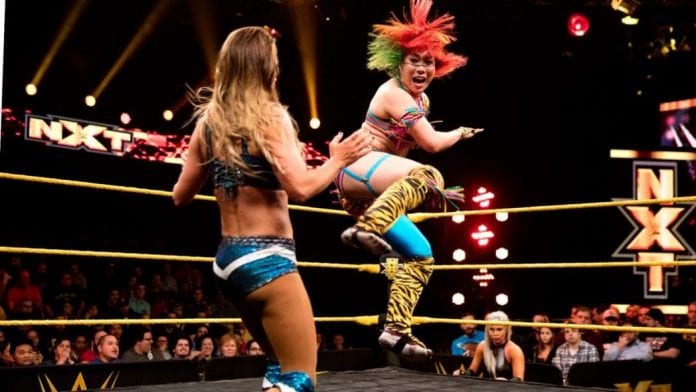 We can say that the women’s revolution in WWE started with the four horsewomen being on the NXT roster. Ever since the three of them made their trip to the main roster, the women’s division in the NXT was carried by one girl while there has been another superstar that the company was grooming to be the heir apparent to the current champion.

Bayley was the one that had to stay in the developmental brand for over a year after Sasha Banks, Charlotte and Becky Lynch moved to the main roster. She was the one to carry that division for almost a year after they left. Meanwhile, Asuka was build up as the next woman to take that title away from Bayley while she was wrestling girls that were not supposed to be the ones to carry a brand like the NXT.

When it was time, Asuka faced and took down Bayley and became the NXT Women’s Champion. She is still undefeated in the WWE ever since she signed a deal. Asuka has been built up like an unstoppable and dangerous force in the women’s division, a superstar that is deadly and legit.

Asuka is the leader of the division in the NXT, but when will she move to the main roster? Well, she is working Smackdown themed live events right now, but according to reports, there are still big plans for her in NXT, and it seems that her main roster return will have to wait. She is scheduled to face Amber Moon at NXT Takeover Orlando. After that, she will still be with the developmental brand.

The Reason Why Samoa Joe Has Been Moved To Smackdown Live