Nowadays, when people look at cars, and they want to buy a new vehicle, the joy of driving and the way it feels when you sit behind the wheel are no longer priorities for the customers. Instead, infotainment systems and smartphone connectivity have become important, such as the rest of the technology bits and pieces.

If carmakers didn’t install Apple CarPlay and Android Auto, they would lose many buyers, and the competition would beat them. However, some automakers such as Toyota and Mazda stick to their own proprietary setups.

Speaking of Honda, they have always followed technology developments and trends and the new CR-V, Pilot, Accord, Civic and Ridgeline will all come with the Apple CarPlay, which is good news.

On the other hand, Honda Odyssey has remained unlisted for both Apple CarPlay and Android Auto as we have stepped our foot into the new year. This doesn’t mean that the new Odyssey will come out without this features eventually, but for now, it is a serious disadvantage when we take a look at what its competitors and potential rivals are offering.

Little do we know about the new 2017 Honda Odyssey, but it will most definitely come with an ongoing 3.5-liter V6 engine under the hood. Rumor has it that the new model will adopt an AWD option like the one on the Sienna, but that is about it. Stay tuned for more details as we expect more info to surface as the launch date approaches. 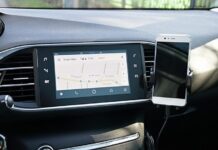 All you need to know about the Android Auto head Unit 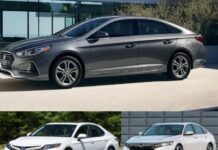 Honda Accord Vs. Toyota Camry Vs. Hyundai Sonata – The Battle of 2018 Models 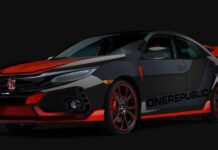