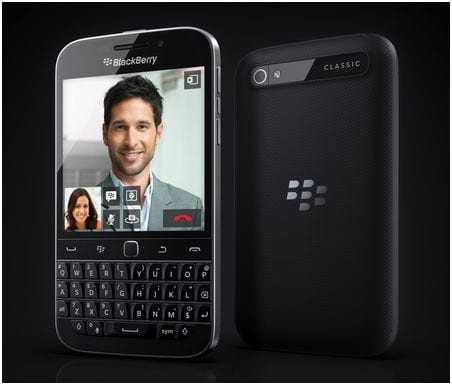 BlackBerry Ltd (NASDAQ:BBRY) Classic arrived on T-Mobile a few months back after the carrier and the Canadian firm resolved their past disputes. Though Classic has been available on the third largest mobile carrier, the Wi-Fi Calling feature remained missing, but now it’s been confirmed that Wi-Fi calling on the handset will soon go live.

People asked T-Mobile COO Mike Sievert on Twitter when they can expect Wi-Fi calling feature on BlackBerry Classic. To this, Sievert’s simply replied “this week!” Sievert confirmed that the Classic owners on Magenta will not have to wait for long before they could use this novel feature on their BlackBerry handsets.

Chances are, the new feature will be rolled through an over-the-air software update, and therefore, the Classic owners waiting for Wi-Fi calling are advised to keep an eye for a new update that can arrive anytime in the coming days.

Apart from Wi-Fi calling, there is more for the BB fans on T-Mobile as well. Since the past one month, there have been rumors about the first Android device from the company, which was code named as BlackBerry Ltd (NASDAQ:BBRY) Venice earlier. The device is going to be a slider with QWERTY keyboard. A few days back, CEO John Chen confirmed the device, which has been renamed to BlackBerry Priv, and is scheduled to arrive in the next few months. Several reports suggested that the device will be carried by T-Mobile on its arrival.

On being asked by BNN’s Amber Kanwar whether Priv has been launched with a hope of bringing back the earlier BlackBerry users, who have abandoned the platform, Chen replied that BB10 was loved by the users, but the fact that there are not many apps took them to another platform. He added that the only solution to the problem was manufacturing an Android device that comes preloaded with BlackBerry suite of apps.

Based on the several preliminary leaks and rumors, BlackBerry Ltd (NASDAQ:BBRY) Priv is said to feature a 5.4-inch Quad HD display with a resolution of 1440×2560 pixels. It would run on the powerful 1.8GHz hexa-core 64-bit Snapdragon 808 SoC. The device will come with 3GB RAM, 18-megapixel rear camera and a 5-megapixel front-facing camera. There are visible curves on both sides of the front panel, but unlike the Galaxy S6 Edge and Galaxy S6 Edge+, the front panel doesn’t see the display extend to the sides.