Opptrends 2022
Home Business Why Good Video Intros are so Important

Video intros are to videos what logos are to your company or brand. They represent the first thing what people see when they watch your content. Video intros give an indication to people of what to expect out of the video they are about to watch. If you are a video content creator, you would be amazed at just how much difference a video intro adds to your production value.

Why are intros so important?

Statistically, most people decide whether or not to watch a video by the first 15 to 20 seconds in the set video. The first 5 to 10 seconds should be reserved for your video intro followed by a short introduction to the video. This is the time frame where people will make up their mind whether to stick around or move on.

People like the content they are watching to be chewed and digested into their mouths and video intros are the bird mothers while the viewers are the little birds. If they don’t like it, they will click away and turn their attention to something other.

It’s important to understand that the shorter the intro, the better. You might see video content creators who’ve put a lot of effort into making a 15 seconds video intro. Well, it’s safe to say that this is the wrong way to go. While intros are important, people don’t click your videos for that. They click it for the hard video content, not the video intro.

How do you make an interesting intro?

Making a good intro is harder than you might think. Iconic video channels like TED Talk have an amazing intro to their videos that explain everything in just a few seconds. Your goal would be that a short video introduction, accompanied by a slogan if available, followed up by a short introduction.

One way to make an interesting intro is to have someone else make it for you. There are numerous digital marketing companies like Shadey Designs that specializes in creating video intros for your channel. These companies will create a meaningful intro that will attract viewers. For that, you need quality videography and quality video production. Whether you’re pursuing a career on gaming streaming platforms like Twitch, or you are chasing a YouTube career, having a quality short intro that will be simple yet complex enough to grab your viewers attention is a must have.

An internet study conducted on Reddit, tells us that most people feel more attracted to a certain video if they are greeted with a good video intro.

Outros are just as important as intros

A video outro is an even more amazing concept than the intro. The outro is located at the end of the video, and this is the section where you can recommend your viewers more videos, your website, your merchandise, and more. The intro intrigues, while the outro sells. 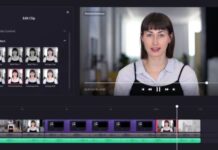 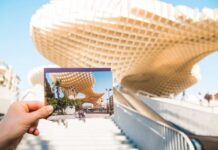 6 Tips On How To Preserve Your Travel Memories 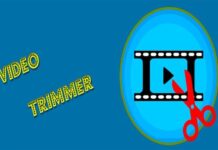