When you think about it, the sight of Bollywood songs and dances are now a quite common thing on Western television and movie screens. However, did you ever wonder about the meaning of the hand gestures, foot moves, and costumes that appear in most Bollywood movies?

The entire reason behind these films featuring specific choreography and song scenes is quite complex, and if you are interested in learning more about it, this article can help. The text below will explain the symbolism behind the dance and song sequences in Bollywood flicks. Let’s take a closer look:

First-Things-First: What Exactly is Bollywood?

Before mentioning anything else in this article, let’s first take a look at what the expression “Bollywood” means. Well, to put it simply, it was created as a combination of 2 names – Bombay, a town that was once named Mumbai, and of course, Hollywood, which is the name of a metropolitan area in Los Angeles and a synonym for the entertainment industry in America.

Bollywood is the biggest movie industry when it comes to the number of films produced each year, as well as the number of tickets sold annually! This means that it is slowly, but surely, becoming increasingly popular not only in Europe but the rest of the world as well.

The Dance And Song Sequences Explained

You might have noticed various hand movements while people dance and sing in this entertainment industry. Well, those movements act as a type of “sign language” that can help people understand the entire story. They can also show people specific themes like the weather, specific locations, as well as animals and objects.

In the Tamil music industry, the hand gestures are commonly referred to as hastas. And beside them being helpful for telling an entire movie story, they are also quite traditional, which is why a lot of moviemakers choose to add them to their movies. Additionally, if you want to be an actor in Bollywood, you need to know these basic movements.

While watching an Indian choreography sequence, you have probably seen a lot of side to side neck movements, as well as the forward and backward head movements. Well, you should know that they are purely an aesthetic part of the scene, however, they also show fluidity and flexibility.

Various Bollywood choreographers did say that they add these movements because they look beautiful, however, it can also extremely help the actors. Basically, it makes them more expressive – especially since it allows them to have stronger facial expressions.

Now, this is perhaps the most difficult part to explain, especially since there are hundreds of different dances. But, the most important step that can be seen in most of them is referred to as the chicken step, which is when a person bounces from one foot to another. If you want to listen to some songs that can get you dancing, you can check out pagalsongs to find something you like.

The first thing that is worth mentioning is that the costumes used for all Indian performances are incredible. The colors, textures, designs, and patterns might just leave you breathless at times. The staples of any costume are the bells placed around the ankles – known as Ghunghroo – that boosts the skilled foot movements and it can also help the performer’s timing with the tune.

For example, Kathak dancers need to have at least one hundred (100!) bells around their ankles. Other dances might require actors to attach the bells on a strap, which is later on connected to the ankles. You can also see quite a lot of jewelry – including chokers, long necklaces, earrings, bracelets, and headpieces.

During a traditional dancing routine, the headpieces need to feature the moon on the left side, and the sun on the right side of the head. The reason behind these two symbols is because older songs are usually about gods and goddesses, and the sun and moon are perfect for representing them.

As mentioned at the beginning of this article, you can see these dance and song sequences on Western screens. However, it was not always like that. In the past, you could not find Bollywood movies everywhere, and they could only be found at places that had a significant interest in these movies.

But, today, it is becoming increasingly popular in a lot of European countries, as well as all over the United States, Canada, and Australia. This rise in popularity might have happened when the movie, “Slumdog Millionaire” won an Academy Award for the Best Picture Award!

It is pretty easy to say that the dance sequences and soundtrack in Bollywood movies are the highlights of the entire industry. Over the last decades, these movies have created their very own signature style of performing, singing, and dancing which also incorporates incredible music and costumes!

So, as you can see, there is so much more to the dance and song sequences in the Bollywood movie industry. And, now that you know more about the importance and meaning of these movie scenes, you should not lose any more time. Instead, you can listen to some Indian music or you can watch a new Bollywood movie that might make you wanna dance! 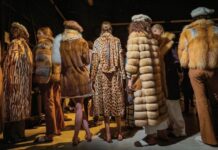 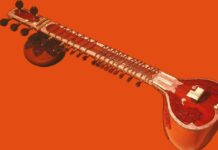 The Global Influence of Indian Music