Opptrends 2021
Home Sport Who will win the Champions League this season? 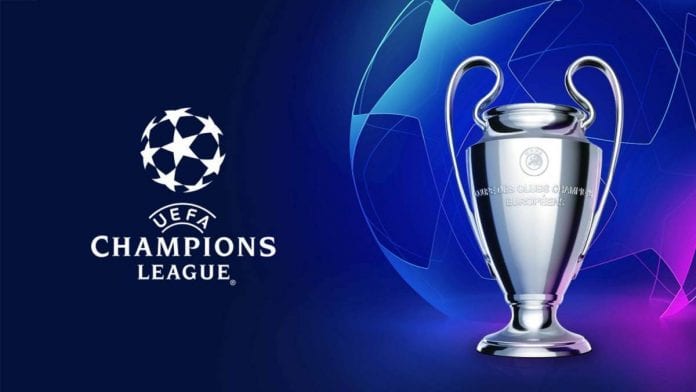 The long-awaited and heavily anticipated 65th installment of UEFA Champions League is here, once again featuring 32 of the strongest European teams clashing with each other, hoping they got what it takes to finish on top and claim the title of European champions.

Last season it was Liverpool who won the trophy after 14 long years and they are among the favorites to repeat that feat this year as well. But can Jurgen Klopp and his men do it again? You can read more about it on footballtalk.org and Liverpool expectations for this season.

Manchester City are the undisputed favorites to win the Champions League for the second year in a row, as they look to add to their domestic success. While City managed to win the Premier League in each of the last two seasons, Pep Guardiola’s side failed to progress deeper than quarter-finals when it came to their Champions League campaign. Understandably frustrated, Man City will aim to finish higher this time around, and looking at their group (Shakthar Donetsk, Atalanta, Dinamo Zagreb) the Sky Blues should have no issues entering the playoff stage.

Barcelona will enter the Champions League as second-favorites to win their sixth title after a four-year-long drought on the European stage. While the Blaugrana failed to impress in the last four seasons, they are one of the most consistent teams when it comes to Champions League performances. Looking at the last 12 years, Barcelona won the Champions League three times, and reached the semi-finals five times, including last season, when they shockingly lost to Liverpool, who won despite being 3:0 down in the first leg. The motivation to perform and claim the title will be there, however, it’s worth noting Valverde’s men will face tough competition in the group stage, where they got paired with Borussia Dortmund, Inter and Slavia Prague.

Despite being simply impressive in last two Champions League tournaments, the reigning champions, Liverpool enter this season’s UCL as the third favorites to lift the trophy for the seventh time.

Following a painful defeat in the UCL finals in 2018, when the Reds lost to Real Madrid, Klopp’s side impressed crushed their Premier League rivals Tottenham last season, to claim their first European trophy in 14 years. Seeing how Liverpool reached the final two for two years in a row, many people expect them to do it again.

With the three favorites out of the way, we can focus on the underdogs, which considering their quality can hardly be considered as “an underdog”.

Real Madrid are the fourth favourite to win their 14th UCL title, cementing themselves as the most successful team in Europe. While the Los Blancos failed to impress anyone with their displays last term, they are entering the 2019 UCL with Zinedine Zidane in charge of the team who helped Real Madrid win three consecutive European titles (2016,2017,2018). But can Zizou do it again?

PSG, while the most dominant French team in the last half a decade, they never managed to translate their dominance onto the European stage. In their history of competing in the UCL, PSG never got past the quarter-finals and even failed to go further than the last 16 in each of the last three seasons. Despite that, PSG should never be underestimated simply due to the immense quality of the players they possess. They might be an underachieving team, but it’s only a matter of time before they will get a chance to showcase their full strength.

That leaves us with Juventus, Bayern Munich, Atletico Madrid and Tottenham.  While all incredibly strong teams it’s Juventus who come off as a team to look out for. Juventus have been one of the most dominant teams in Serie A for almost a decade, meaning they focused all their money and time into building a UCL-winning team, but to no avail so far. That being said, with new arrivals in the club, including Matthijs de Ligt and Sarri as the head coach, Juventus do come off as a team who could surprise us and make a deep run this year.

Reasons why Manchester City will win the Champions League this season

Why is English Premier League the Best Competition in Europe and the Most Passionate to Watch?