Today, people depend on using electronic devices for completing a vast majority of everyday activities. Still, a vast majority of us are not aware of the potential dangers hidden behind using these gadgets. We are talking about all the most popular ones like mobile phones, computers, laptops, tablets, etc. The reason is quite simple, all of them emit invisible energy waves, known as EMFs. So, it makes sense that this is a reason for concern.

But, when you take a look at some studies and research done by credible medical institutions, you will see that a lot of them do not consider these to be as harmful as they are often represented. On the other side, we can see that many others believe this to be the truth. That’s why we would like to take a look at EMFs, what are they, and whether they are as harmful as many experts dare to say.

Without further ado, let’s see what we’ve gathered on this topic.

EMF is short for electromagnetic fields. They exist on the spectrum, from the lowest to the highest levels of energy. Many don’t understand that the sun and earth also produce these. Still, the ones produced by devices we use every day affect us much more since they are closer to our bodies. However, the highest percentage of devices we use produce non-ionizing radiation, which generally doesn’t affect humans in a bad way.

When we’re talking about high-frequency EMFs, they are much more dangerous. They can inflict a wide array of different negative effects. They are responsible for causing the reduction of antioxidants, severe cellular damage, and many more. Still, the most dangerous of them all is the fact that they are carcinogens, which means that can affect tumor development. They produce ionizing radiation.

Should You Be Concerned?

We can all agree that a majority of people out there didn’t feel any negative effects of EMF directly. Still, many medical studies show that this sort of radiation is rather sneaky. The most important study of this kind was compiled a couple of years ago. In that one, two hundred scientists started talking about these effects, and even submitted a petition to WHO, asking for improved protection against these.

The petition consisted of claims about how dangerous these can be, and how manufacturers can make safer devices in the future. Besides that, the education of consumers was one of the priorities. Even though the number of these studies is not high, it doesn’t mean that they should be treated lightly. Plus, WHO will need much more of them in the future to change the general opinion about them.

How Much of It is Too Much?

One of the most frequently asked questions is how much EMFs are too much. As you can presume, there is no general question that will satisfy everyone who asks it. The answer will depend on the expert you consult, its native country, and where they work. For instance, there is no standard when it comes to this sort of exposure when we are talking about the United States.

How Can You Reduce These Levels?

If you want to reduce EMF exposure, be sure to consult EMF Harmony. Now, we would like to address the question of how can you reduce these levels appropriately.

One of the biggest emitters of EMFs is a device a lot of homes have. We’re talking about microwaves. A lot of people have developed a tendency to use it since it can help them prepare their favorite meals in a couple of minutes. Still, it is important to point out that this is not the healthiest way to prepare food. So, opt for much healthier ways to do it, and do not use microwaves in the future.

It is possible to recover from the damage caused by this sort of exposure. The most efficient way to do it is to have a specific diet. We are talking about eating cinnamon, cloves, turmeric, rosemary, etc. There are a couple of studies that confirm how efficient these are with repairing the damage caused by EMF exposure. They can be of significant help because they provide the human body with additional peroxynitrites.

As we’ve said, the range between the human body and mobile devices can increase the levels of radiation. For you to reduce these levels efficiently, you should use a speakerphone whenever you have a conversation with someone. So, instead of holding it directly near your head, you should have at least some distance to prevent too much exposure.

The most obvious way to avoid EMF levels is not to spend too much time on your mobile device. To do it properly, you should use it only when you need it. Just think about it, you can have real-life experiences, like going to nature, talking to your friends, going out for a dinner, or spending a couple of hours in a pub having a conversation with strangers.

Another situation when you should avoid using your mobile device too much is when you are working on a laptop or a PC. It becomes obvious that levels will instantly drop. As you can see, there are a lot of possibilities when you can get these levels to be much lower. So, there is absolutely no reason why you shouldn’t undergo this approach when you get the chance.

While there is no definite answer on whether EMFs are harmful or not, it wouldn’t hurt to be careful about these. Here, you can learn about all the crucial aspects and you can see how to prevent these levels from becoming too high. 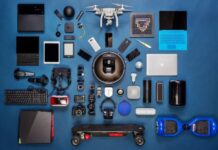 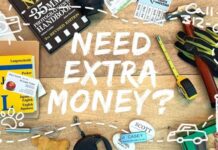