Opptrends 2021
Home Technology What is a VPN?

VPN is a Virtual Private Network is technology that is used to add important security and privacy to a private and or a public network, like Wi-Fi Hotspots and the Internet. Corporations use VPNs to protect their sensitive data. At the same time the usage of personal VPNs is constantly becoming more and more popular. Privacy is increased because the initial IP address are replaced with a random one issued by the Virtual Private Network provider. Subscribers receive IP address from any gateway city that their VPN service provides. For example, you may live in New York, but through the use of a VPN, you appear to be living in Amsterdam, Los Angeles, or any other available gateway cities. More info can be found at the best VPN rating site.

Why do I need a VPN?

You need a VPN for several reasons:

Setting up a VPN

Setting up a VPN is quite easy, often as simple as entering a username and a server address. According to newsforpublic.com, flagship smartphones can configure VPNs using PPTP and L2TP/IPsec protocols, while all major OS can configure PPTP connections. OpenVPN and L2TP/IPsec protocols need small open source applications, and certificate downloads.

The number of protocols and available security features of VPN are constantly growing. The most common among them are:

PPTP – It has been around since Windows 95, and the main selling point is the fact it can be simply setup on all major OS. PPTP tunnels a point-to-point connection over GRE protocol, but unfortunately, its security is in question in recent years. However, it is still going strong, but it is not the most secure.

L2TP/IPsec – It is more secure than PPTP and offers several more features. This protocol is a way of implementing two protocols together to gain the best of both worlds. For instance, L2TP creates a tunnel and IPsec provides a secure channel, giving you a secure package.

Open VPN – This is an SSL-based VPN is becoming more popular. It uses open source software and it is freely available. SSL is a mature encryption protocol, and OpenVPN runs on a single UDP or TCP port, meaning that it is extremely flexible.

There are dozens of VPN providers, some who offer free services, and those that charge for them. Paid providers like VyprVPN are better than free service providers, as they offer robust gateways, proven security, and unmatched speed. 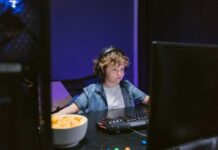 Does Ping Matter When Gaming? 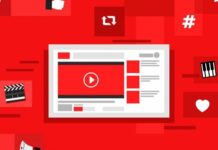 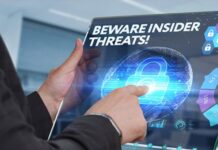 How To Protect Against Software Development Insider Threats