Opptrends 2021
Home CBD What Does CBD Oil Taste Like?

So, you’ve suddenly developed an interest in taking CBD oil having heard or read about its health benefits? What could it taste like, you now ask yourself? Maybe you are already a user but aren’t comfortable with its taste and looking for possible ways to mask it? Then, this is written purposely for you!

As a newbie or an intending cannabidiol user, it is of course normal to be curious about what this viscous liquid tastes like. You might have seen people give different descriptions, but you can’t be so sure until you taste it yourself.  In today’s market, you can choose to consume CBD in different multiple fashions, however, taking it in the oil form remains the most popular since it is one of the fastest ways to feel the effects of the substance. Moreover, the commonest routes of administration are through the mouth (orally), or placing it under the tongue (sublingually) for a reasonable amount of time – Whichever route you have chosen, the flavor will still be tasted.

What Does CBD Oil Taste Like Exactly, And Should You Expect Variation From Product To Product?

Having a knowledge of where the oil is extracted from could give an insight into what should be expected as regards the taste. CBD oil is also known as cannabidiol – Given a second thought, you could easily guess that the oil is from cannabis provided you are familiar with that. Of course, crude CBD oil or cannabidiol is of plant-origin and it is extracted from the seeds, flowers, and stalks of plants like marijuana & hemp including cannabis. Although it is similar to its psychoactive counterpart (Tetrahydrocannabinol, also known as THC) associated with “getting high,” cannabidiol is not psychoactive itself, and it is the largest extract obtained from the aforementioned plants. However, both CBD and THC have the same medical benefits.

To some individuals, the taste could be palatable while to others it might not. On different occasions, the unprocessed CBD oil is described as grassy, nutty, or earthy. Only very few people describe it as pleasant while those who hate the substance refer to it as being bitter. These descriptions should, however, not be surprising since the plants from which the oil is extracted is made up of and dominated by such organic compounds that include chlorophyll, cannabinoids, natural terpenes, and some other nutritious materials.

It should be known there can be variations in the taste of the oil depending on whether it has been processed or not. And if it has been processed, the taste can further depend on the method of extraction used by the manufacturer or producer. Not only does the method used in extracting the oil affect its taste, but also the quality of the oil in terms of consistency and color. It’s considered wise to find out which extraction method has been used by the manufacturer of the product you are purchasing.

Some users may prefer the natural or unflavored, high-concentration CBD oil and this category of people may find solace in most CBD oils. Those that detest the earthly taste may like it when other kinds of flavors are introduced. You can either do this yourself by blending your serving CBD oil with a fruit that has your preferred flavor or you should consider other varieties of CBD oil products that have been prepared with a particular flavor directly from the manufacturer.

In the context of whether or not the taste of CBD oil varies from product to product, how it is extracted still remains the bone of contention. There are majorly three forms of CBD extract and we shall discuss the basics of their flavor, then, provide detailed information on each.

As said earlier, the CBD market presents you with myriads of options and as a newcomer, it could be difficult selecting the product that best suits you, and of course, meets your needs. However, you will be educated on what is most important in making the right selection. Manufacturers allow their consumers to know the kind of CBD used by listing the extracts on the front of the product.

The three most popular extracts are CBD isolate, broad-spectrum, and full-spectrum CBD.

In the same manner, isolated CBD is produced by excluding every other compound such as flavonoids, terpenes, plant parts, essential oils, and other cannabinoids. A highly refined CBD isolate contains isolated cannabidiol void of the earthy or/and bitter taste associated with some CBD oils. However, a cherry-like taste could be felt when consumed.

Aside from having some sort of muted taste, isolate CBD or cannabidiol is actually the best for anyone who is just trying out CBD products and does not want to ingest tetrahydro cannabidiol or THC even in the slightest amount (0.3%) that is legally acceptable since it is void of this psychoactive compound present in other forms.

Isolate CBD is crystalline in nature. It is usually ground, and mixed with different types of oil bases which serve as a carrier and also impart or alter its taste for oral consumption. Some of the oils used are coconut (MCT), olive and hemp oils and the final product will take up their tastes.

The synergistic effect of the available cannabinoids to maximize the healing benefits of CBD without the psychoactive action of THC is referred to as the entourage effect which only takes place both in full and broad-spectrum CBD.

The more refined a CBD extract is, the less intense its taste will be as more and more bitter constituents are removed. Unlike the faint or mild taste of CBD isolate, the taste of broad-spectrum CBD is quite noticeable and it is likely going to be different from that of the full spectrum which still contains THC.

There used to be a misconception that the isolated form of CBD is more potent than full spectrum CBD. However, this was proved wrong by a research conducted in 2015 by the Lautenberg Center for General Tumor Immunology, Jerusalem.

In short, both broad and full-spectrum forms of CBD oil are expected to have a distinct taste, and the isolated CBD should have a faint or milder taste.

However, the oral use of CBD oils requires you to place a few drops under the tongue for about 60-90 seconds which allows the compound to be absorbed into the bloodstream before being swallowed. This way, you could find the taste unbearable but there are few tweaks to that.

Ways To Hack The Taste Of CBD Oil

In conclusion, knowing what to expect as regards flavor before hitting the CBD oil market could give you an edge in finding a product you like. However, you may try both the flavored and unflavored products to know which will be more preferred. In this case, you can see here to know more about it. 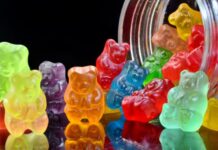 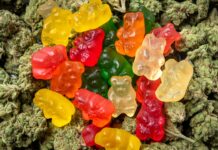 How Old Do You Have to Be to Buy Delta-8 CBD Gummies? 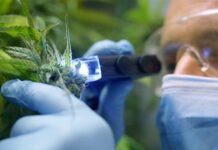 4 Things To Know About Cannabis And Hemp Testing