Most people don’t think about the amount of electricity they use daily. You get up, perhaps turn a light on, the kettle, a razor, and most importantly, your Smartphone or computer, allowing you to connect to the internet, which also runs on electricity.

It’s amazing to think that with such a reliance on electricity there are still approximately 950 million people in the world without electricity.

One thing that is certain, many of the electrical appliances in your home now use sensitive electronic circuits. A problem with your electrics can quickly damage some, or all, of those appliances. That’s why you should have your electrics checked regularly by a qualified electrician from Sydney such as ontimelocalelectrician.com.au.

What Is A Power Surge

Power surges can happen multiple times every day and you may not even be aware they are happening.

A power surge is simply when the power supply to your home is interrupted. It starts again virtually instantly, which is why you may not be aware of it. Unfortunately, as the electricity starts moving again it will be at a higher rate than normal, but only for a fraction of a second.

Thanks to the sensitivity of modern electronics, this increase in voltage is often enough to damage your electrical items.

Over half of the power surges are actually caused by internal issues. It’s often caused by motors in appliances starting and stopping, effectively interrupting the power supply. Although your refrigerator and air conditioner are likely to be the primary cause, smaller items, such as a drill or hairdryer can also create power surges.

External power surges are generally larger and a result of the power company having an issue or a storm damaging a transformer. Because the surge is greater you’re more likely to notice it and it is almost certain to cause damage.

Should You Worry About Power Surges

The short answer is yes. Any piece of equipment that uses a microprocessor can be damaged by a power surge, even a small 5 or 10-volt surge.

You’ll find microprocessors in computers, games consoles, smartphones, and even dishwashers and refrigerators.

A large power surge will damage the electrical components. But, it can also cause external damage to the appliance, such as meting the plastic and electrocuting metal parts. It’s even possible to get an electric shock from a large power surge.

While you may think of all your appliances as replaceable. A large power surge can actually start a fire as it short circuits the appliance. That becomes a risk to your life. Additionally, things stored on computers and smartphones will be instantly corrupted and lost forever, that could be a painful experience.

It’s worth noting that the small power surges may not appear to cause any damage to your equipment. But, they can cause the equivalent of electronic rust. This is a gradual degradation of the electronic components until they suddenly fail.

Steps You Can Take To Protect Your Appliances

The good news is there are several things you can do to protect your electronics from small and large power surges.

You’re probably familiar with extension leads that protect against surges in power. They come in a variety of different forms and simply plug into the existing socket. You can then plug your appliance into the extension cable and the surge protection circuit in the extension cable will regulate the supply. It’s a good way of protecting electronics while they are plugged in.

While the surge protecting extension will protect your device, the safest method is to disconnect it from the electrics. You can’t do this when it is in use, hence the need for a surge protector.

But, if you’re not using a device you can ask yourself if it really needs to be plugged in. Televisions are often left plugged in on standby, microwaves display the clock, even though you don’t use the timing features. If you’re not using it and it doesn’t need to have the memory activated, unplug it.

You’ll be surprised by how many electrical devices you can unplug and how little difference it makes to daily life. You may also be pleasantly surprised by the reduction in your electricity bill. It’s surprising how much power devices on standby use.

If your house has older wiring then you’re going to need to consider upgrading it. Older electrical systems weren’t designed to carry the power loads that exist today. Any system older than 20-30 years will struggle with the demands of powerful modern refrigerators, smart televisions, and even your gaming and computer equipment.

If you notice lights flickering, or they dim when a large appliance comes on, you probably have dated wiring that needs to be replaced. Equally, if your fuses blow or trip regularly you have an issue with your electrical circuits.

Even if the tripping is unconnected to surges, you’ll want to have your home rewired. Faulty electrics remain one of the main causes of fires in the home.

Another issue that can cause your electrics to struggle, increases the risk of a fire, and encourage power surges to occur, is overloading your circuits.

The power draw on one circuit causes an imbalance that creates surges on another circuit. This vibrates through the system. Of course, having an overloaded socket or extension cable also means you’re increasing the risk of a fire starting.

If your wiring is modern then add an extra circuit to alleviate the strain on one circuit. Should your wiring be older then you may need to replace it. The best approach is to create individual circuits for all large appliances.

It’s important to take power surges seriously. They can damage your electrical equipment and increase the risk of a fire.

The expense of having to replace this electrical equipment is far greater than getting an electrician to check your electrical circuits. Alongside the above tips, you shouldn’t need to suffer the effects of a power surge, no matter how often they happen. 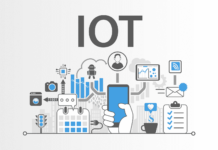 IoT, the Technology that Reduces City Traffic and Energy Use in Smart Cities 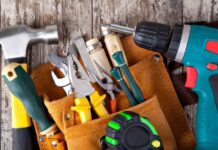 How To Eliminate Dependence On A Central HVAC Unit 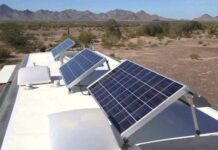