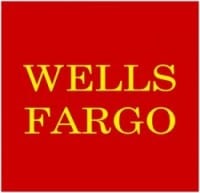 Wells Fargo & Company (NYSE:WFC) agreed to acquire the Distribution Finance, Vendor Finance platforms and a portion of the Corporate Finance business of GE Capital worth $32 billion.

According to Wells Fargo the acquisition also includes approximately 3,000 employees as GE Capital exits from its financial services business.

In a statement, Tim Sloan, head of Wells Fargo Wholesale Banking described the acquisition an “outstanding opportunity” that would help the bank deepen its relationships and strengthen its position in key commercial lending markets.

He added that the businesses of GE Capital are “industry leaders with proven business models and capabilities backed by exceptionally talented and experienced teams.”

According to Sloan, the acquired portfolios are diversified by industry and geographically, which would allow Wells Fargo to continue to expand its business and improve its services to new and existing Wholesale Banking customers.

On the other hand, GE Capital Chairman and CEP Keith Sherin said the company’s transaction with Wells Fargo is the largest to date, and it is a critical step in its effort to reduce its size.

Sherin added that GE Capital signed more than $126 billion worth of transactions since April 10. The deals represent 60% of the company’s overall plan, and it is on track to become less than 10% of the earnings of  General Electric Company (NYSE:GE).

“We’re very pleased to sell this significant piece of our business to Wells Fargo, a respected industry leader who is committed to helping our customers grow and succeed. Wells Fargo’s strong operations, risk and regulatory expertise, combined with their customer focus, will allow them to seamlessly integrate our businesses,” said Sherin.

GE Capital will contribute approximately $4.2 billion of capital to its parent company’s overall target of around $35 billion of dividends under its disposition plan (subject to regulatory approval) following the completion of the transaction.

Richard Orland - September 23, 2020 0
A research paper as a type of academic writing that has factual and theoretical information that has gone through in-depth research. According to thesisgeek.com,...