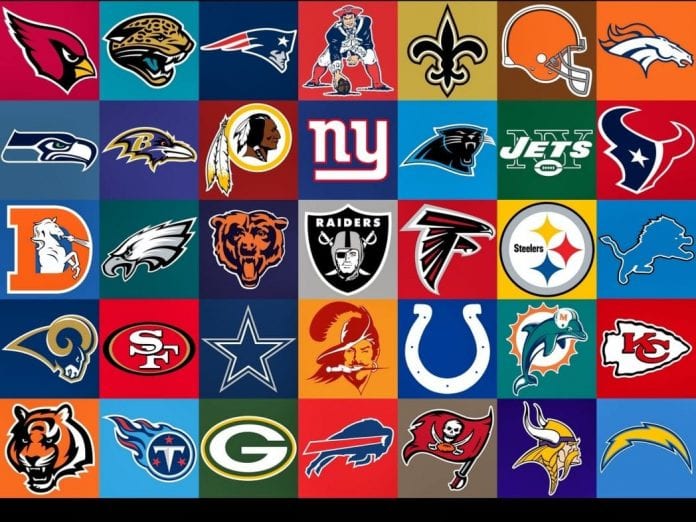 Week one of the 2016 NFL season is behind us, and now it’s time to turn to the week two. We have more than few interesting match-ups so let’s get started.

If the Bills got the impression that Ravens defense was strong, they are in for a big surprise in a match with Jets. Thursday Night Football will be action packed when these two teams clash.

Jets roster is packed with players that can be described as the NFL’s pass-rushing monsters. We saw Leonard Williams’s sacking ability against the Bengals, and it’s known just how dangerous is Muhammad Wilkerson for your quarterback. Not to forget that Sheldon Richardson is making a comeback for this one.

Against this defense, Tyrod Taylor might not have anywhere to run, and with his offensive line being weakened with the absence of Cordy Glenn he’s in for a rough ride. With starting tackles being Cyrus Kouandjio and Jordan Mills, Bills could suffer heavy damage.

Giants and Saints are teams that officially had the worst defenses of the last season. Coming into this one, the Giants were only of the two that addressed this question. They signed what could be three top free agents of the summer to boost their defensive line. The improvement was seen in the last week’s duel against Dallas Cowboys. Looking back at the Saints match of the week one, they conceded 35 points. On their away game in the Big Apple, against the team that can rush the ball, and has experienced quarterback they are in for more pounding.

Miami wasn’t handled the easiest of schedules at the start of the season. The first match against the Seahawks demanded flight across the entire country. After that return to Miami and then back up to the north.

In week two they play against the Patriots at the Gillette Stadium, where they had little to no success in the last decade. While not boasting one of the league’s best defenses New England Patriots are at least on par with the Seattle Seahawks who allowed only ten points to the Dolphins.

With Jimmy Garoppolo having a great start of his professional career, he should find no problems against average Dolphins defense.

Redskins didn’t show their true colors in week one, being the better team than they were against Steelers. Many are expecting them to bounce back in week two. Their quarterback Kirk Cousins usually performs up to the task at home turf, while the same can’t be said for rookie Cowboys QB Prescott who is not expected to have big plays in Washington.

More eyes will be on rookie RB Ezekiel Elliott who is expected to star after the unimpressive start to his NFL career. More rushing yards, more carries, and more touchdowns are things we need to see from him.

Another player that didn’t influence week one Cowboys game is Dez Bryant, who could have more catches against Redskins.

This is the duel of two evenly matched teams, so making a pick wasn’t easy.

49ers might have the glorious start to the new season, but you shouldn’t be to impress by their 28-0 win. Their opponents were the L.A. Rams for whom the quarterback is Case Keenum. Needless to say the worst quarterback in the league. In the week two, they will be facing Cam Newton’s Panthers, who will definitely find ways to score more than a few touchdowns. And on the other part of the field, one of the league’s best defenses is waiting for them.

Looking back at the last season, you can notice that 49ers easily lost to most of the good teams in the league. That should be the case in this season too.

Rushing game could be of the most importance for the Titans in a match against the Lions. DeMarco Murray could be utilized more, and create real problems for Lions secondary. Their week two opponent, the Lions, has nothing similar to the week one matchup against Vikings, so they will have to change their game plan completely.

They are playing against the team that has scored 39 points in the week one against the Colts. Lions had a good start of this one and an even better finish to the last season. They are expected to continue in that manner. Matthew Stafford should continue where he left off more than anybody else.

The current Cleveland Browns can easily be considered one of the league’s worst teams. They only scored one touchdown in the week one, and it is evident that they will have trouble scoring through the entire season. Their starting QB Griffin III will be replaced by the veteran McCown whom many consider a better choice for starting position.

Opponents in this match, the Ravens, also had trouble scoring, but they still managed a win with the good defensive effort. Same is expected in the week two game, but against the Browns, Joe Flacco will most likely be at his best. Thus we pick Ravens.

Last two matches played between these two teams both ended in Chief’s favor. One of these defeats came in the playoffs while another one was just a painful experience. Houston won’t just stand still waiting for the third one in a row to happen.

Texans had a good start with a win against the Bears, but they will have to continue in that manner to prove themselves as a dangerous player in the AFC South.

Kansas City Chiefs had a good game against the Chargers, but the Texans defense is not of the same kind as the one of the Chargers.

This will be a long season, and such will be the fight between Steelers and Bengals through the entire course of the 2106 NFL Season. Everything coming to this match suggests that this will be a real showdown.

From what we saw in the week one, both teams showed solid defensive ability, and on the other part of the field, their quarterbacks demonstrated desire and ability to go deep with the ball in search for their receivers.

In what will be an even match we think that the tide will go the Steelers way.

Two of the few teams that were preseason favorites for Superbowl are now in front of the 0-2 season start. Tampa Bay Buccaneers are good, so is their QB Jameis Winston, but now they are facing one of the most talented teams in the NFL. Cardinals home turf is a hot place to visit, so with the close game expected, we are giving thumbs up for Cardinals win. Carson Palmer had a good game against the Patriots, one he might could-ow won but lost in the end. This time, he will get the job done.

On any other day this game would be picked in Seahawks favor, but, with Russel Winston’s status being unclear, we are not so sure. Rams had an awful season start, and they will look to redeem themselves, but even without Wilson in Seattle that looks nearly impossible. Rams defeat by few touchdowns difference looks very realistic.

Preseason talk about Raiders was justified after their performance in the week one of the 2016 NFL Season. Derek Carr had a good game in a match against the Saints, and he should have another one against weak Falcons defense. Raiders defense is not among league’s elite ones, but should do enough to stop Falcons attacks.

Home turf advantage doesn’t always mean much in the NFL, but it should do for the San Diego Chargers. Jaguars are taking a long trip to the west coast after they nearly made an upset at Green Bay. They are not among playoff contenders but with their explosive offense, they could cause problems for many teams. Not this time, and not against Chargers. Phillip Rivers knows how to play against Jaguars defense, and this will be the sway in Sand Diego direction.

Colts have an average defense that played below average in week one. They don’t play rushing game but focus on passing. On the other side, you have what is considered to be league’s best secondary. Broncos should have no problems in countering the Colts attacks, and on the other hand, they should have no problems on the offensive. They love to play on the ground, and they will force it through the match.

The duel of Vikings defense, which by the end of the season might be the league’s best, against Green Bays that is underrated but very young and talented. One of these defenses could be the prevailing factor. Another factor is definitely the quarterback position, where Aaron Rogers has an advantage, while it’s not yet disclosed who will start for the Vikings.

Carson Wentz did well in week one of 2016 NFL Season, but his opponent was league’s worst team. It remains to be seen just how he will cope against more powerful opponents, and Chicago Bears are just that. On the other hand, Jay Cutler did well but failed to deliver a win against good Texans team.
Watching at their defenses Cutler will have the easier job so we will go with Bears on this one.