Opptrends 2021
Home Sport We Are Going To Get Daniel Bryan Wrestling At Wrestlemania!

Tuesday was a great day, not for the WWE only, but the world of wrestling in general. Daniel Bryan returning to the ring is going to be huge for everybody, and it is going to generate a lot of attention for the WWE and to the Wrestlemania. This is the guy that many viewed as the next face of the company.

WWE didn’t want to push him in the main event. Well, that was not their plan. Even though he was red-hot back in 2013 and going into 2014, Bryan wasn’t even in the main event plans for them at Wrestlemania 30, and the fans didn’t like it a bit.

Vince wanted to go with Orton and Batista for the title, but the fans forced the WWE to put Bryan in the match with them. They had no choice but to do it since people hijacked the shows because of how popular he was.

His championship win at Wrestlemania 30 was one of the biggest moments in wrestling in the past 15 years.

Hopefully, his in-ring return in New Orleans is going to be big as well. When the announcement was made that he was going to get back and is cleared to go, nobody really knew when he was going to wrestle.

After the bumps that he took last night on Smackdown Live for Kevin Owens and Sami Zayn, there is no doubt that he has really gotten the green light.

The beating that the two gave him was really brutal, and it is a sign that Daniel Bryan and Shane McMahon are going to get on the same page and that they are going to face the heel duo of Sami Zayn and Kevin Owens at the grandest stage of them all.

This is now such a big duel that most of the fans wouldn’t mind seeing this in the main event of the show. 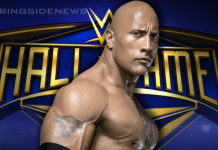 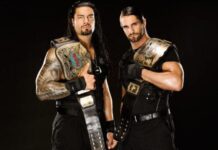