Nowadays, the introduction of the latest technologies takes a noticeable place in the operation of gambling institutions. In particular, big attention is paid to virtual reality (VR), which attracts new gamblers and makes more profit for the owners of the online resource at the same time. However, what exactly is VR, how it became popular in the gambling sphere, and what are the prospects for its further implementation – take your time to read the article.

Many people do not feel the difference between VR and AR technologies, so this is usually the source of confusion. While VR is 100% artificial space created for a specific purpose like gambling, AR – is a technology that allows supplementing the real world with some extra-elements like in PokemonGo. Finally, to feel the VR effect yourself, you need to use a specific set of tools (special glasses and controllers), while for AR it is usually enough to open a camera on your smartphone.

Those gambling institutions that implement VR technologies in their work are at the peak of the trend. They usually look like an ordinary casino from casinowonderland.net, supplemented with top-quality 3D graphics. Thus, gamblers can enter their favorite land-based casinos with all the corresponding services by putting on special glasses. They can even walk through the corridors, visit various rooms to watch or participate in games, talk to different people, etc. 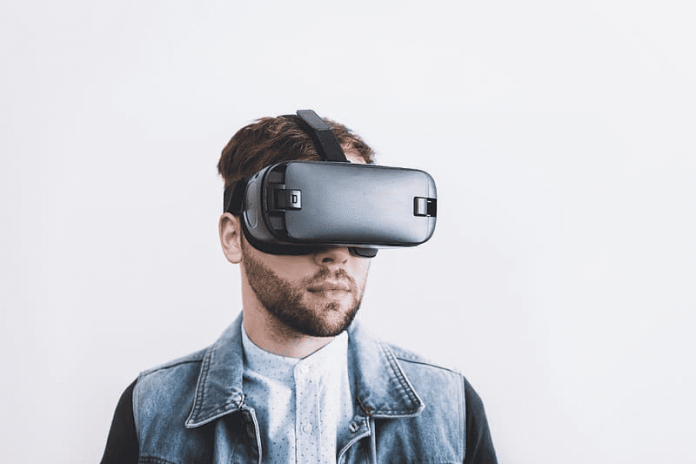 As practice shows, gamblers can distinguish the following advantages of VR casinos:

Everything starts when the visitor puts on a “helmet” like Oculus Rift. After installing an app and registration of a new account, the customer finds himself in the hall of a certain casino. At this stage, he is already prepared for playing slots, roulette, poker, or other gambling activities.

What VR Games Are Available?

The whole infrastructure of VR gambling includes not only establishments and equipment but also the main part of it – games. Major software developers such as Netent, Microgaming, or PokerStars have already released their VR products. For instance, Microgaming has released their version of VR roulette, which requires an Oculus Rift DK 2 VR headset and a Leap Motion 3D controller. Such equipment allows gamblers to follow the movements and actions of the rivals during the process. Meanwhile, NetEnt has gone further and released the VR-versions of its trendy slots as Jack’s World VR, Scarface, Gonzo’s Quest, Starburst, and others.

However, PokerStars has made a really good job in implementing this technology: in cooperation with Lucky VR, it has created a virtual space for players – a place that has both the elements of live and online poker. There are 5 possible virtual locations that players can visit:

As soon as you have entered a certain room, you can participate in the game, watch the movements of the rivals, talk to them, or even throw virtual objects, like in GTA. As for the Microgaming roulette, you need certain equipment to participate in PokerStars VR poker: a VIVE, VIVE Pro, or Oculus Rift VR headset, as well as the VIVE or Oculus Touch controllers.

Meanwhile, the software developers continue to support VR technologies with their new releases. They admit that they have to look into the future, where the demand for VR products will increase and the cost of the necessary equipment will reduce. PokerStars say that even though some VR gadgets (headsets, controllers, laptops) cost a lot today, the price will gradually decrease. As soon as they will be at every home, developers should have released all the necessary products to meet the expectations of the customers.

Future of the VR Casinos

New feelings and the effect of full immersion into the game cause interest among the gambling community. For VR casinos, this is a unique chance to attract new clients and entertain the regular ones. For this purpose, VR platforms have to use only top-quality software from world-known providers. Meanwhile, it’s not even worth saying that the website should be configured for smartphones. It will generate more traffic because the majority of customers use their gadgets for gambling while staying at home or going to the office.

Many experts think that the introduction of VR technologies will allow bringing new clients to regular casinos. There are already “live” poker, roulette, and blackjack in online casinos, which are broadcasted via 3-D cameras and allow gamblers to interact with dealers or croupiers. Thanks to such initiatives, casino customers can experience the effect of real presence and feel like in real casinos. In fact, this is very similar to what is happening in the VR-mode.

VR takes a leading place among the key trends of the gambling industry. The introduction of the relevant systems by gambling operators allow clients to dive into the gaming process and fully enjoy it. In turn, players are loyal to such online institutions, so they visit it again, thereby increasing the website’s income. Such a level of cooperation can be considered profitable for both sides, since gambling platforms generate good profit, while gamblers get a unique experience.

Have you ever played VR games? Are you interested in playing at VR casinos? This experience is definitely worth trying. Enjoy!

Richard Orland - January 21, 2021 0
Everyone makes errors in their lives. Quite simply, no one is perfect but there are many ways to avoid life’s pitfalls and avoid mistakes...

7 Vitamins and Minerals That Can Boost Your Memory

Tips to Overcome the Most Common Moving Challenges!

Never heard of Dust Attack in Bitcoin Network? Here it is.

Everything To Know About Finding Bride Online