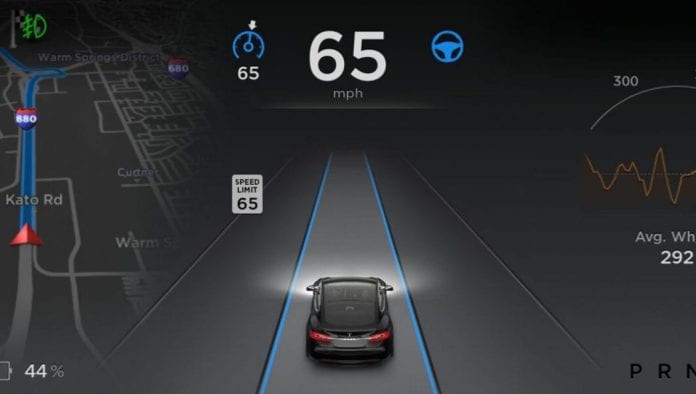 Tesla Motors Inc (NASDAQ:TSLA)’s autonomous driving technology Autopilot System, is definitely worth the hype right? Well, not to everyone it seems.

An engineer is not entirely convinced that the autonomous driving technology is all that people say it is, instead saying the technology is a wannabe. The technology is surely one of the most advanced self-driving technologies on the planet at the moment. The Tesla technology is only found in its beta stage at the moment, in Teslas flagship cars. It uses a camera, radar, some ultrasonics, and GPS to help it navigate and sense the vehicle’s surrounding environment. The available equipment also helps it to steer and change lanes, thereby maintaining a constant speed and controlling the motors, brakes and steering. This then allows the car to self-drive, giving drivers the chance to take hands off the steering wheel, in the perfect conditions.

A senior technical leader of crash avoidance at Volvo, Trent Victor, however, thinks the Autopilot System Technology is not all that great, dismissing it as not being truly self-driving, saying that the fanfare, popularity and exposure the system was getting was in some way, undeserved.

The comments seem to come from the ranking of the autonomous car technology. Back in 2013, the US Department of Transportation’s National Highway Traffic Safety Administration (NHTSA), actually released a ranking system for the autonomous tech giving out points.

According to the agency self-driving technology should be ranked as below:

Tesla Motors Inc (NASDAQ:TSLSA) claims their Autopilot System technology is a Level 2 system, and even some industry big players believe the system can be considered a Level 3 because of its control of safety-critical functions.

Trent Victor, however, believes that is not the case. His car only gives the impression that it’s doing more than it says it is doing. The problem to him is that the Tesla Autopilot System gives the driver back control when it senses danger, which might cause problems if the driver is not engaged.

Victor’s Volvo team is therefore trying to get to a Level 4 with their car. They want to create a car which will not give control back to the driver and rather fix the problem back on its own. This will in turn help in creating distinction for potential liability claims.

Volvo on its part has pledged to take full responsibility if any collisions come as a result of the Level 4 cars.