With the advent of social media, entrepreneurs across the world are able to grow their business without any expenses. A business that may take decades to grow can now see results and earn profits in just a few months. Social media has helped accelerate the growth of many personalities, celebrities and businesses over the past few years and social media marketers have been the driving force behind its success.

One such marketing expert is 24-year-old Vince Van Meer. Born and brought up in Roosendaal, Netherlands, Van Meer was always a tech and media junkie. As a teenager, he ran his own gaming YouTube channel, which had thousands of followers. While Van Meer was making enough money out of YouTube ads, he also began working part-time at McDonald’s. His parents believed that it would help him develop in other areas of his life, and Vince himself agrees that it was a vital learning experience. A year later, he quit the job and shut down his gaming channel to pursue photography and videography.

Realizing his true calling lied elsewhere, he decided to get into e-commerce and social media marketing. In 2013, he created his first Instagram account and began learning about the platform. Through trial and error, Van Meer built the accounts of six fashion businesses, handling their content and advertising expenses. Soon, brands started approaching Van Meer for work and his business grew considerably. He steered through the constantly changing landscape of Instagram like a pro and is now a social media marketer people in the industry look up to.

“Social media apps like Facebook and Instagram keep changing their algorithms regularly. The environment is extremely competitive and you need to be one step ahead of your competition at all times. The trick is to evolve with the changes that Instagram keeps bringing. Currently, IGTV is one of the best platforms you can use for effective branding. It’s new, it’s fresh and provides more time for you to communicate with your audience when compared to the regular Instagram videos, which have always had a one-minute time limit,” says Van Meer.

The 24-year-old is making millions by simply doing e-commerce and social media marketing, building and selling apps. But Van Meer thinks that the best part about his career is the flexibility and independence it entails. “For me, it has always been very important to have freedom. I love traveling and I want to work from wherever I am. I like my business, but I like working on my own time and space even more. My routine and schedule are very different from a regular 9 to 5 job. Sometimes I work several nights in a row when I am designing and programming, and sometimes I even work on the plane. I love the flexibility and the freedom my career gives me,” says Van Meer.

With social media at the forefront for most businesses, millennial are leading fruitful and successful careers at a very young age. Vince Van Meer is making the most of the internet age while helping businesses and influencers establish themselves without compromising on their growth potential. 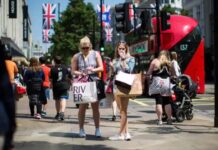 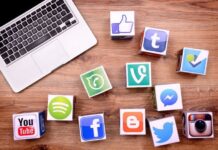