To all of you who follow this show, it is suffice to say (but we will anyway for the sake of everybody else) that the Season 4 has ended. This happened with a strange twist where we had the death of few main characters as well as the introduction of a new character, Heahmund (played by Jonathan Rhys Meyers). Thanks to all of this it was very difficult to deduce where the Vikings Season 5 might lead, but now we have a trailer and some answers, and we are happily going to share it with the rest of you. But a fair warning is in order, the following text is full of spoilers so tread carefully!

If you recall the saga involved Sigurd Snake-in-the-Eye who saw this character fall like he had been killed but somehow got healed up again. Season 5 trailer reveals that Sigurd (David Lindstrom) will have that luck because he is shown laying down on the boat being prepared for a Viking burial. In the moment of burial his brothers are present and by the looks of it Ivar (Alex Hogh), who stabbed him in the Season 4 finale, is very upset and crying.

This was explained by Michael Hirst for Variety by stating “I think, if memory serves, Season 5 begins with the burial of Sigurd, and Ivar is weeping and saying he never meant to do it. But his murder of Sigurd splits the brothers — they split up into different camps”. Season 5 will also bring something else, and it will be the fact that Vikings now have a claim on a huge part of England, and yes that is even with Ecbert (Linus Roache) lying about him being king when he signed over the lands to the Vikings. Thanks to that Ecbert’s final action the Vikings will suffer massive consequences in Season 5 which will reflect their progress.

Floki (Gustaf Skarsgard), who lost his wife, Helga (Maude Hirst), in the Season 4 finale is seen on a shore of what appears to be a new piece of land. Michael Hirst revealed to The Hollywood Reporter that Floki is going to “build a one-man boat and just sail into the unknown.” The fate of Torvi (Georgia Hirst) somehow remained unresolved in the Season 4 and for those of you who are wondering what will happen to her in Season 5 – rest assured she is fit and healthy right behind Lagertha.

Now, if you took a look at the Season 5 trailer for Vikings, you could notice that it will not lack of fighting scenes and for those of you who particularly enjoy in them you will see plenty because the Vikings are seen in conflict with the Saxons. That is not all as Ivar the Boneless appears to be out of his carriage and on the ground as the fight begins (is he just injured and hurt or could he end up killed in Season 5?).

If you managed to catch up everything you could see Heahmund in the middle of a battle that could potentially be the one involving Ivar on the ground. He called out “We are the wrath of God!” while striking Ubbe (Jordan Patrick Smith), which could mean that he has joined forces with the Saxons of Wessex in an effort to defeat the Great Heathen Army. Since Season 5 is still filming Michael Hirst graced us with one very early info. He thinks Season 6 could be the natural endpoint for Vikings. As of this moment, he is finishing the last two episodes of Season 5 of Vikings, and he gave a short statement for Variety that considers the future – “I’m pretty sure we can go on for another two seasons. I’m just writing the last two episodes of Season 5. I could tell you things that would blow your mind — things we’ve shot in Season 5 are amazing. I think we will be able to end the show the way we intended to”.

Hirst also confirmed for the Hollywood Reporter that Vikings “will certainly go into Season 6” so we can be at ease for now, but we hope that Hirst will make something complicated in Season 6 and that he can offer us at least one more season after that. But that is simply too far to predict, for now, we shall enjoy the Season 5 which is right around the corner. 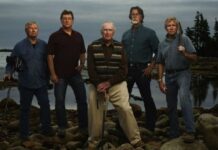 The Curse of Oak Island Season 5 – Lagina’s struck something big! 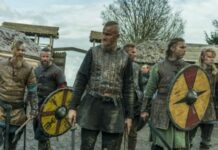