It’s official – the famous epic drama Vikings will receive Season 6. Despite the fact that Season 5 won’t be broadcasted before November, the show’s critical praise and popularity made sure that it will continue to raid with a two-part season of 20 episodes with the production beginning this fall in Ireland.

The Vikings finale of Season 4 provided a bunch of new possibilities for the characters in the show. Ivar the Boneless (Alex Høgh Andersen) took control and seized the position of the dreadful Vikings leader after his notorious father, Ragnar Lothbrok (Travis Fimmel) died. The trailer for Season 5 of the Vikings featured both Floki (Gustaf Skarsgård) and Ragnar’s oldest son Bjorn Ironside (Alexander Ludwig) preparing to go on their own adventures around the world. The first glance also gave us another presentation of the new rival Bishop Heahmund (Jonathan Rhys Meyers), and a war led between brothers for controlling Kattegat.

The following Vikings season is supposed to be the biggest one so far, as the show shifts focus from Ragnar’s story to his band of sons, so it’s no shock that Eli Lehrer, the executive vice president of programming in History, is enthusiastic to see that the show grew to forty episodes during the following two seasons. This is what he said in a press release from History:

“‘Vikings’ has creatively sailed to monumental lengths. The series has evolved from early raids in England, to the heart-stopping death of Ragnar Lothbrok, to the fierce battles of the Great Heathen Army, and now we’ll see the sons of Ragnar exploring and conquering the known world. Michael Hirst has only scratched the surface of his epic saga. We look forward to continuing our partnership with one of the greatest writers in this era of Peak TV and entertaining our viewers with 40 new episodes over the next two seasons.”

In the press release, there was also some new information considering Season 6 that Katheryn Winnick, who plays shield maiden and Queen of Kattegat Lagertha, will get to direct one of the episodes in Season 6, which would mark her debut as a director. This is what the creator of the show and the executive producer Michael Hirst disclosed about Season 6:

“It has been my pleasure and my privilege to work with History and our partner MGM over five seasons and 69 episodes of ‘Vikings’. Now we are ready to begin production of a 20-episode Season 6 that will deliver a huge and unexpected revelation to our audience. There are many reasons why I love this show, not least for the commitment and creativity of everyone involved in making it, but perhaps even more important is the spirit that drives this production – one of the happiest, most collaborative and most authentic productions I have ever been involved with. And so we sail on.”

As Season 5 still hasn’t even been broadcast, we can’t even start to comprehend what is that “huge and unexpected revelation” that they have in store for the viewers. Over the time, Vikings have become famous for making pretty surprising moves – mainly when it comes to killing off characters. During the last season, we witnessed the deaths of some major characters, such as King Aelle (Ivan Kaye), Sigurd (David Lindstrom), King Ecbert (Linus Roache), Helga (Maude Hirst), Aslaug (Alyssa Sutherland), and of course Ragnar. We can just guess what will happen in the world of Vikings once Season 6 starts. 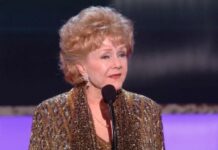 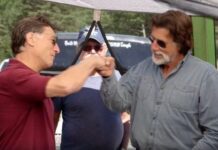 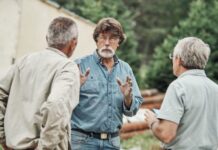