Opptrends 2022
Home Entertainment Video: His clock is ticking! The winner of the “Eurovision Song Contest”...

Salvador Sobral gave an emotional farewell to the audience at his concert in Estoril which was a heartbreaking moment for all his fans.

Salvador Sobral, who, as Portugal’s representative, won the “Eurovision Song Contest” was immediately transferred to a hospital where he is currently waiting for his heart transplantation. His triumph at the Eurovision Song Contest was the first one ever in the history of Portugal. Sobral at first tried to keep his condition as a secret, but as it got worse and worse in time, he decided to inform the public about it.

Sobral is a 27-year-old singer that has had heart problems for years, and he needs transplantation as soon as possible. Unfortunately, his condition deteriorated significantly in the past few weeks, and he canceled all the concerts he had and is currently in the hospital.

Sobral had already made public that he had intentions to make a break from his career and dedicate himself completely to his wellbeing.

‘It is no longer a secret to anyone that my health is fragile,’ he said in one of his video clips. ‘I have a problem. Unfortunately, the time has come to give my body to science and consequently to remove myself from the life of concerts and music in general.’

His condition is very grave, and the singer is literally in life-threatening condition because the big question is when the heart will be transplanted.

And even if there is a transplant, nobody knows if Sobral’s body will accept the new organ…

Salvador said goodbye to his audience on September 8 on a concert in Estoril, and his sister Luis was by his side. At one point Sobral became overemotional, and he eventually started to cry, and his tears traveled the world.

Take a look at the video from the farewell concert of Salvador Sobral: 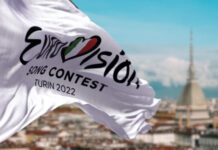 13 Reasons why Eurovision is Getting so Popular around the World