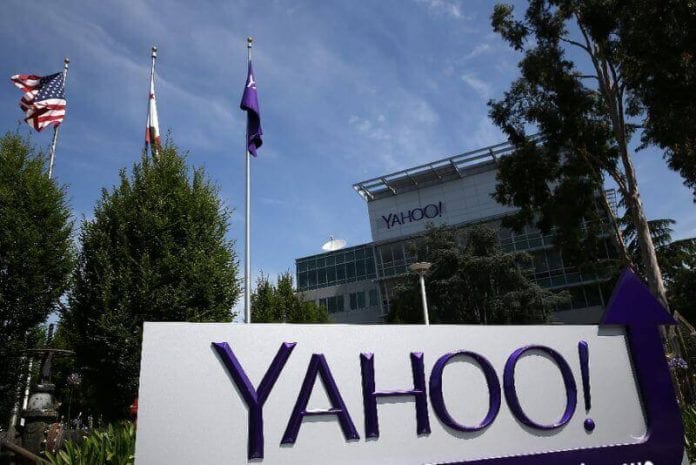 Verizon Communications (NYSE:VZ) is close to reaching an agreement to acquire the core internet assets of Yahoo! Inc (NASDAQ:YHOO), according to Bloomberg based on information from people familiar with the matter.

One of the sources said Verizon is negotiating an acquisition price of nearly $5 billion for Yahoo’s core internet assets. The discussions do not include the tech company’s patents. It is also uncertain whether its real estate is part of the deal.

There is a possibility for Yahoo and Verizon to announce an agreement over the next few days, according to the sources who requested anonymity because the discussions are private. They also indicated that the negotiations between the companies may still fall apart since there is no finalized agreement yet.

Market observers believe that the deal could help Verizon enhance the performance of its AOL internet business, which could gain access to Yahoo’s advertising technology tools, search, mail, and messenger.

Verizon has the largest potential synergies for Yahoo

Roger Entner, an analyst at Recon Analytics, told Bloomberg, “The buyer that could make the most out of these assets has apparently won. No one could get more out of Yahoo’s businesses than Verizon.”

Entner added that acquiring Yahoo’s core internet assets will “expand Verizon’s advertising base by 200 million more visitors” and will be a “large driver of the advertising engine.” Verizon can also collect more user data to make its ads more relevant.”

On the other hand, Eric Gordon, a professor at the University of Michigan’s Ross School of Business, told Reuters, “Verizon has always been the favorite because it has the largest potential synergies and therefore can pay the most. The price negotiations still can be tough because it also doesn’t need Yahoo. It can put its money into its AOL franchise.”

An agreement with Verizon would end the bidding process for Yahoo’s core internet assets which started earlier this year. It would also end the tech company’s status as an operating company. Yahoo still owns 35.5% stake in Yahoo Japan Corporation (TYO:4689) and 15% stake in Alibaba Group Holding (NYSE:BABA).

Yahoo decided to explore strategic alternatives including a sale of its core internet assets due to pressures from activist hedge fund Starboard Value, which demanded significant changes in management, Board composition, execution and strategy.

In April, Yahoo agreed to add four independent directors to its Board including Starboard Value CEO Jeffrey Smith. The tech company made the decision to prevent a proxy fight with the activist hedge fund.

On Monday, Yahoo reported that its second-quarter revenue increased 5.2% to $1.308 billion. Its adjusted earnings were $0.09 per share.

The company’s CEO Marissa Mayer said, “With the lowest cost structure and headcount in a decade, we continue to make solid progress against our 2016 plan.  Through disciplined expense management and focused execution, we delivered Q2 results that met guidance across the board and in some areas exceeded it.”