Verizon Communications (NYSE:VZ) reached an agreement with Vodafone Group (NASDAQ:VOD) to acquire the 45% stake in the Verizon Wireless joint venture it does not yet own for $130 billion.

Under the terms of the agreement, Verizon Communications will purchase Vodafone’s stake in Verizon Wireless for $58.9 billion in cash, $60.2 billion in stock and additional $10 billion including $3.5 billion in the form of Verizon’s 23% minority interest in Vodafone Italy, $5 billion in loan notes, and Verizon’s assumption of Vodafone’s $2.5 billion net liabilities.

In an interview, Lowell McAdam, chief executive officer of Verizon Communications said, “This clearly weights the company more toward the mobile asset. Over the last 10 years that’s really been our strategy. We are continually investing in our wireless presence, and that’s where the profitability of the company lands at this point.”

According to Vodafone, the deal represents an attractive valuation of 9.4x EV/LTM EBITDA and 13.2x EV/LTM OpFCF for Verizon Wireless.

The British telecommunications group said its shareholders will receive a total of $84 billion including Verizon stock and $23.9 billion cash (return of value), which represents 71% of the net proceeds.

Vodafone also intends to implement additional organic investment for its program called Project Spring to further strengthen its network and service leadership. The company plans to invest £6 billion over the next three financial years to accelerate the development of its 4G network to cover 90% of its five main European markets by 2017. The company also plans to deepen its 3G coverage in mature markets and to deploy its mobile payment services faster etc.

In a statement, Vittorio Colao, CEO of Vodafone Group said, “As a result of the transactions, we will also greatly enhance Vodafone’s long-term prospects through Project Spring, our new program of additional organic investments in 4G, 3G, fibre and broadband, enterprise services and improved customer experience across all of our markets.”

“This will in turn underpin our intention to grow the dividend per share annually, in line with our track record of providing shareholders with sustainable and high quality returns,” added Colao.

Verizon Communications will fund the deal by obtaining $60 billion debt financing from Bank of America (NYSE:BAC), Barclays PLC (NYSE:BCS), JP Morgan Chase & Co (NYSE:BCS), and Morgan Stanley (NYSE:MS). According to people knowledgeable about the situation, the four banks will equally divide the amount of the financing. One of the sources said that Verizon will also plans to offer around $20 billion to $30 billion in bonds later to cover the total funds for the deal.

Some investors already expressed their desire to purchase Verizon bonds. They projected that the U.S. telecommunications carrier will sell its new bonds at a cheaper price compared with the price of its existing bonds. 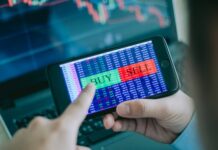 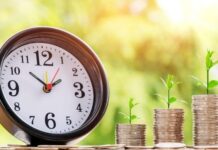 8 Types of Investments Everyone Should Consider 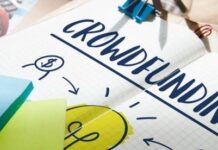 What You Need To Know About Investing