Italian professional motorcycle road racer Valentino Rossi was born on February 16th, 1979 at Urbino, Marche, Italy. He is a son of Stefania and Graziano Rossi who also was a motorcycle racer. He developed the love for bikes at a young age and was supported by both his mother and father in pursuing a career in racing. This proved as a good move as Valentino become one of the best racers in the world, which brought him quite a fortune. Here we are going to talk about Valentino Rossi net worth.

As we said, Rossi became a quite successful bike rider. He’s actually the best motorcycle racer of his generation, and one of the best, if not the best, in history. So far in his career, Rossi has won nine Grand Prix World Championships. Seven of those came in the premier class. His career began in 1996 when he became a Grand Prix racer for Aprilia in the 125cc category. The very next year he won his first title and immediately moved to 250cc class. It took him two years to find his ground, and in 1999 he won his second title. Going up into the 500cc category, his success continued with another World Championship in 2001. This time he was a member of Honda racing team. With the same team, he managed to win consecutive MotoGP World Championships in 2002 and 2003. 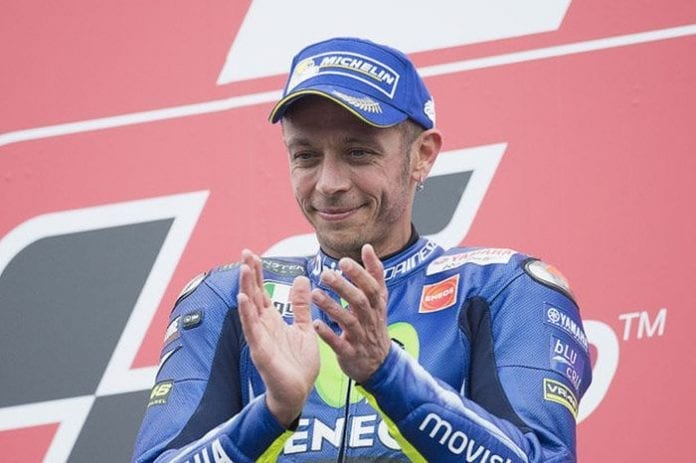 His streak continued in 2004 and 2005, but at that time he was already a member of Yamaha. After that, he had a little title drought failing to win another one until 2008. But, he immediately made it back-to-back after taking it in 2009. In 2011 he became a member of Ducati before coming back to Yamaha in 2013. In past years Rossi failed to add to his title tally, but this didn’t reflect on his earnings as he remained one of the best-paid racers.

Valentino Rossi net worth stands at $135 million which makes him the wealthiest motorcyclist in the world. He earned plenty from his contracts with Aprilia, Honda, Yamaha, and Ducati but he also collects pretty penny from his sponsors. His most notable sponsors are Monster Energy, Oakley, and Bridgestone.