Valeant Pharmaceuticals International Inc (NYSE:VRX) is considering to name a new chief executive to lead the company while Michael Pearson is still in the hospital due to severe pneumonia, according to the Wall Street Journal based on information from sources familiar with the situation.

According to the report, it is unclear whether the company would appoint an executive who would take over Pearson’s responsibility permanently or temporarily.

The sources said Howard Schiller, the former chief financial officer and currently serving as director of Valeant Pharmaceuticals is a potential candidate.  The other potential candidate is the company’s current CFO and executive vice president, Robert Rosiello.

Valeant CEO on a medical leave of absence

On December 28, the company announced that Pearson will be on a medical leave of absence. He was diagnosed with severe pneumonia, a common lung infection caused by bacteria, virus, or fungi. According to the American Lung Association, most healthy people with treatment recover from pneumonia in one to three weeks, but it can be life-threatening.

The Board of Directors created an Office of the Chief of Executive Officer composed of three executives including General Counsel Robert Chai-Onn, Executive Vice President Ari Kellen and Rosiello to carry out the responsibilities of the CEO.

Additionally, the Board established a Committee to supervise and support the office of the CEO. The Committee is composed of Robert Ingram, lead independent director, Mason Morfit, president of ValueAct Capital, and Schiller.

In December, Pearson reached a new distribution agreement with Walgreens Boots Alliance. The deal is vital for Valeant Pharmaceuticals to recover from the damages caused by the controversy related to its arrangement with Philidor Rx Services, a mail-order pharmacy.

The primary concern of Valent Pharmaceuticals in Pearson’s absence is the execution of the new deal with Walgreens Boots Alliance. Pearson was in-charge of the majority of the negotiations with the drugstore chain operator.

A spokesman for Walgreens Boots Alliance stated last month that the company was “confident in moving forward as announced with plans to begin providing patient services in January.”

The stock price of Valeant Pharmaceuticals rose more than 2% to $100.88 per share on Tuesday. 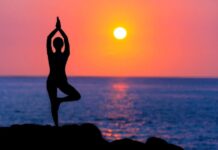 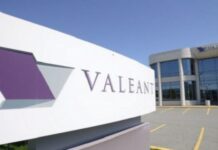