Opptrends 2022
Home Education Use of Robots in Education: Experience and Ideas

Robotics and the rest of the world have so far developed in parallel; the community did not know that high technology can also solve everyday tasks. They are already vacuuming your home, ordering pizza and helping to choose the size of diapers for a child according to his age. The media wrote thousands of notes about the Boston Dynamics, the gynoid Sophia, the effect of the “Sinister Valley”, and well-known media jokes predicted a future where robots would flood the world (and will deprive us of work). Robots will have their own Internet, they will learn how to take care of people’s health and deserve your trust.

It is no secret that some developed countries use robots in educational institutions. Pro-Papers have figured out what application robots found in education and how the education system will change in the near or distant future.

VGo robots, for example, are actively used to help seriously and terminally ill students who cannot attend classes on their own. VGo robots can serve as the eyes and ears of a student who is undergoing examination or treatment in a hospital or are homeschooled.

Currently, the VGo robot, alas, is not available for every family with a sick child. The cost of the model is equivalent to about $6000. However, those who can afford such a purchase can continue to lead their daily lives, despite the struggle with a serious illness.

Nao robots, in turn, were created specifically for students with autism, who are not always comfortable with people due to facial expressions and various non-verbal signals. Although robots may look like living people, they are devoid of many emotions. Therefore, it can be much easier for people with autism to deal with them. For most families, these robots are also overpriced, but it is likely that the situation will change in the near future and they will become more accessible.

With the help of the “representative” robot, the student has the opportunity to attend classes in any educational institution of the world. This robot is able to move around the class using the remote control and broadcast the image and voice of the student. Moreover, it can be used as an interactive school board. This creates the effect of the student presence in class. This technology makes possible quality education in a wide profile of specialties for those students who live in remote and sparsely populated regions.

Robots – “representatives” of VGo currently cost about $2000 and not all parents of gifted students can afford it. However, taking into consideration the development of modern technologies, the widespread use of these robots is expected in the next 5 years!

HOBOT-168 is a universal assistant for a teacher. He is the world’s first multi-functional robot that can wash windows, walls and the floor or wipe the school board. Hobot-168 is extremely easy to operate and is equipped with vacuum engines for performing any cleaning tasks.

Designer Phelan Miller developed an interactive desk for students and their teachers. This desk is controlled by a touch screen and is a particularly versatile assistant. With the help of this device, you can access the Internet, access dictionaries, various tutorials, reference books and lists of chemical or mathematical formulas. Moreover, this desk can recognize your notes and check them for spelling and punctuation errors. Phellan Miller himself describes his product as an “indispensable guide to the world of knowledge.”

As Michael Cameron, the Pro-Papers’ education expert, says, “The Generation Z can be the first generation of children whose teachers or, on the contrary, pupils, are machines. Scientists propose using robots in kindergartens as educational toys. In addition, Senior School students will be able to program robotic teachers for Junior School children.”

Research has shown that children at the age of one year will be able to sing and dance with robots and learn new words with them in their native or foreign language. Older children can be offered to become teachers themselves for robots. According to the scientists of Singapore in this way, the children will be motivated to learn new things, and this is beneficial for their development.

To teach robots, children will need to learn the basics of programming. This is a good way to interest a child in the exact sciences, says Conversation, citing the Australian study.

Many countries are already experimenting with the idea of ​​introducing machines into education. In one of the educational institutions of the state of South Australia, students were asked to program a robot for students of 4th grade to teach a German lesson. At the same time, students of 8th grade did not know how to program and did not know German. During this assignment, children learned many new things and learned how to work in a team.

An experiment in the United States showed that if you trust artificial intelligence to make assessments, then students learn to influence algorithms very quickly in order to improve their results.

In China, people already begin to entrust the robots the child-rearing and education. Intellectual toys teach children basic things and entertain them while their parents work long hours.

American IT-billionaires believe that the modern system of education is hopelessly outdated. Elon Musk created a secret school in SpaceX for his children and the children of the company’s employees. Jeff Bezos donated $2 billion to create future kindergartens.

There is no doubt that this is only the beginning and something more incredible awaits us! 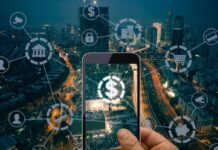 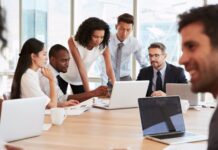 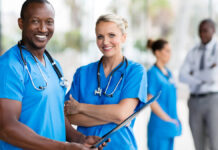