Unless you have been living under a rock for the last few years, you have probably heard a lot about cryptocurrencies, blockchain technology, mining, and of course, bitcoin. By now you probably have a good idea about most of these things, what they mean and how they are used. If not, do not worry. In this article, you will learn everything you need to know about them. More importantly, you will become educated on whether or not it is safe to use bitcoins in your everyday online and offline purchases. If you wish to learn more about all things bitcoin, as well as to try your luck and skill in the fun and challenging world of cryptocurrency trading, make sure to visit Good Crypto. It allows you to trade crypto of your choice on any digital currency exchange, no matter where you are or when you want to do it. It is available for both iOS and Android devices.

Before we move to purchases and spending bitcoin, we must first quickly go through the basics. First of all, bitcoin and most of the prominent virtual currencies have been around for a decade or so and they have transformed the economy of the world. People do business largely the same, but the existence of cryptocurrencies is changing many things about it.

First of all, bitcoin works thanks to blockchain technology which is essentially a database or a ledger of all the transactions made with bitcoins ever. Everyone can view the transactions and there are no third parties like governments or banks involved to mediate and take a percentage. The seller and the buyer, or two traders on opposing sides are the only ones involved in each transaction.

This makes the cryptocurrency craze so appealing since it promises a future in which our data and funds are not monitored or influenced by corporations, governments, institutions, or anyone else. This is what has been called decentralization, and all digital currencies are decentralized. Traditional (fiat) currencies are centralized because they are controlled by the country and the banks, which both interfere in every transaction through strict rules, laws, and taxes. None of this exists in the crypto world and the people of course love it. Those who control regular currencies, not so much.

Since its introduction some ten years ago, bitcoin has had its ups and downs and has established itself as the leader among cryptos. As the most sought after and most valuable coin, it is the prime example and the one most crypto enthusiast and experts invest in and follow. Therefore, it is the easiest one to use as a payment option since everyone dealing with virtual currency is going to accept it.

More than ten years in technology is often a lot of time as many things can change. Even a year is considered long for new tech. However, with bitcoin, it has really been slow thanks to all the naysayers and the crypto opposition. There still lacks a true initiative to move the world closer to these new currencies and cut ties with the old systems. Change takes time, and the same goes for paying with bitcoin like we would with dollars, euros, or pounds.

Despite bitcoin being around for over a decade, it is still far from being regarded by the masses as a legitimate payment option everywhere. This is not to say that you cannot spend it like you would spend another type of money. Far from it. But a real change still needs to happen and more merchants and online stores have to start accepting bitcoin and other currencies for them to truly rise.

The Current State of Affairs

In the modern world, there is a rising number of shops and businesses both online and in the real world who actively accept bitcoin as payment. Smart business owners and traders have realized the potential of owning BTC so they did what they had to in order to incorporate the system into their business. Nowadays, you can pay using BTC in most of the leading economic powerhouse cities of the world like New York, London, Paris, Singapore, Tokyo, and others.

It does take a bit of research still for you to find the places that welcome and encourage doing transactions with bitcoin, but they do exist. The processes of how it is done vary, but it all comes down to the same basic principle that is true for any kind of online transaction. It is quite straightforward to send a certain amount of BTC to another person’s online wallet. Online shopping is easier since you do not interact with anyone in person. If a website has the option to pay in bitcoin, it will be quite different from those credit card or PayPal payment options you are used to.

In theory, doing transactions and purchasing things with cryptocurrencies is regarded as safe. The system makes it safe for users to transfer any value they want from anywhere and to anywhere. If everything is used correctly, the security you get is at very high levels. It is hard to hack into a transaction while it is in place, so you really do not have to worry about being robbed while you are transferring funds to the merchant’s or webstore’s electronic wallet.

Discretion, peer-to-peer focus, autonomy, a lack of (high) fees, and accessibility are the main advantages and benefits of paying with bitcoin. If you do not publish your transaction on purpose, nobody will know your name and other info based on a transaction. They are not completely untraceable and 100% anonymous, as nothing online is, but they are vastly more secure and linked to your identity than fiat currencies. The fees you may pay have to do with the country you are in, but all fees are kept surprisingly low.

All in all, to answer the titular question, it is safe to use bitcoin for your purchases bot online and offline. The hardest part is to find a legitimate and trustworthy online store and a competent offline shop owner, but once you do the process itself is secure enough for you not to worry about being robbed. Stealing away people’s electronic wallet funds is hard because the perpetrators cannot know who is behind them. Moreover, they are much less likely to target individual users when corporations and tech millionaires have much higher balances. All you have to worry about is finding the right product or service you wish to pay for in BTC and being on the same page with the other side, whether it is a live person in the store or an automated online payment system. The rest is easy! 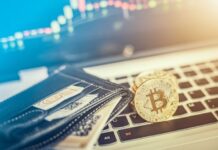 4 Facts You Need To Know About Cryptocurrency Wallets 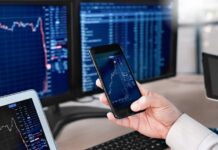 7 Ways To Improve Your Knowledge And Skills On Trading Crypto