A motion to reconsider a case against Microsoft was filed by the Department of Justice in the United States. This case is about the software company’s appeal for non – disclosure of customer’s information. Microsoft argues that they should be given the right to refuse to provide their user’s data to the government for intelligence purposes especially if the data had been stored in foreign land. The software firm won favor for this appeal.

The Justice Department, however, is unyielding of their plea. The agency had filed their request in the previous week to bring the case back on trial.

In their petition, the justice agency argues that this case against Microsoft carries with it matter of great importance. The judge’s previous decision on this case had obstructed further investigations across the nation that would have been helpful to solve this crime.

The case had already been decided upon since July and that was in favor of the software company. The United States Court of Appeals for the Second Circuit in New York had reversed a previous settlement on this case. Such resolution would have obligated Microsoft to yield to the agency’s request to provide the law enforcement with user’s data for a person who is currently under investigation.

The Stored Communications Act is a provision in the U.S. constitution which obliges a company to relinquish user information if duly requested by the government. The justice department used this provision in the warrant that was issued against the software company on this case. Even though the data center where this information had been stored is located abroad, the prosecution team contends that Microsoft is still under this law because its headquarters in located in the United States.

The judges did not agree with this appeal and stated that the legislation was made for use overseas. Those kinds of petitions should adhere to local laws and not in the United States. Microsoft conceded with this opinion.

The prosecutors continue to contest. This directive enables US companies to get away from the responsibility of helping the government fight crime by refusing to surrender important information to the authorities because it had been stored in a different country. Criminal investigations have become more immense because of the worldwide expansion of online communication technologies. Evidence about such crimes are now more difficult to reach.

Microsoft holds the proposition that this appeal could bring a negative impact on enterprises. However, it assures that they are willing to cooperate with the legislative body to arrive at better solutions to this issue. 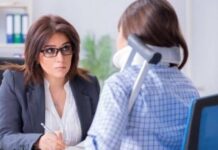