Every year new games come out that heaps of gamers can look forward to, but whether those games will be as good as the hype makes them out to be can only be discovered once they are truly tested by the crowds. There have been many examples of games disappointing players after release; one can only hope the games lined up for this year don’t end up suffering the same fate.

Saints Row is finally getting its well-deserved reboot after all these years. The reboot is coming out on August 23rd and is being anticipated by many fans of the game series. The games usually fall under the sandbox category and strike a balance between action, skills, and storyline.

This reboot will force you to build up the entirety of the Saints group from the ground up, acting as the boss of the team and mainly focusing on three new characters named Kevin, Neenah, and Eli, who will be your teammates. The group will be formed in order to pay off student debts.

The creators of the game, Volition, have already confirmed co-op for the new reboot, including having made the missions co-op friendly as well. There have also been other gameplay tidbits leaked so far, which will be mentioned below.

Flow will be a pointing system within the game for unlocking abilities that can be earned when demonstrating combat skills within the game. You can also take part in certain in-game bonuses if you preorder the game, such as custom sets with skins inside the game.

This second Overwatch game was first previewed at Blizzcon in 2019, generating lots of buzz among gaming crowds. Its first game, also made by Blizzard, became a massive hit back when it came out in 2016. The genre of these games is co-op FPS games, so if teamwork and high skill sets are something you enjoy, this new Overwatch will also be for you.

There will be a few changes made between the old game and the new game, mainly the number of players going against each other, which is five versus five rather than six on each team. The game will also be free-to-play, which is a change on the part of Blizzard.

Overwatch 2 will come with new maps or heroes every nine weeks to combat the issue with the first one, which was a lack of content.

This upcoming Harry Potter game has been anticipated for quite some time but may sadly end up suffering the same fate as No Man’s Sky if not executed correctly. It is said to be an open-world RPG that sets you in the entirety of the Harry Potter universe within Hogwarts and its neighboring areas.

One thing fans shouldn’t count on though, is having Harry Potter’s story or any of the familiar well-beloved characters in the game. Hogwarts Legacy will be a game about the legacy or the past of the universe and will be set in the 1800s with entirely different characters. There isn’t much information circulating, but we can expect the game to be released at the end of this year.

Stray is a highly anticipated adventure game that gives the game genre a whole new aura. It is so different from the rest because you play as a stray cat, as the title suggests. You need to solve countless puzzles and mysteries, be stealthy, and try to survive the story whilst subdued to ground-level as a cat.

The game has been pre-released to some audiences, thus why sources are stating that you, as a stray cat, get stuck inside the underground slums, where you discover robot societies and weird creatures all coming with their own conflicts. The game not only seems to be beautiful quality but also refreshingly new as a concept.

This game will be an action RPG set in a post-apocalyptic setting. Biomutant is anticipated because the characters in the game will be small-scale mammals that managed to survive all the disasters that struck the planet and are also skilled in martial arts. If you enjoyed Horizon: Zero Dawn then this will be similar.

The downside some sources have complained about is the repetitiveness of the quests, storyline, and tasks.

Gerda: A Flame in Winter

This game is set to come out in September of this year and will be a historical RPG set in Tinglev, a Danish village around the World War II era. The character you play is a nurse named Gerda, who has to overcome countless obstacles regarding the war and her personal life.

The reason this game can easily be considered something worth playing is not just due to its historically significant fictional story but also its educational and emotional influence on players who decide to try it out.

God of War is an amazing game for Norse mythology enthusiasts, and the same will be said for this sequel as well. Sony has recently released a story synopsis for this new sequel detailing how the story will be set even before Ragnarok and will include Fimbulwinter, which according to Norse mythology, is the series of events preceding the great Ragnarok war amongst gods.

This sequel will also reveal new realms and details, including information about the Asgardian armies. The action game will not only be as fun as its prequel but will also end up being just as beautiful with a spot-on soundtrack.

Scorn will be an action-adventure horror game designed by Ebb Software and inspired by H.R. Giger to chill you to your bones and make you as focused and uncomfortable as possible. The stylistic path the game took can only be described as “gory punk” or biopunk since even the weapons in the game will be made from biological materials such as flesh and bones.

All crowds know about the game so far is that it will be eerily beautiful and set on an alien planet, making it double as exciting if you’re all looking for visuals.

Steelrising will be a clockpunk-esque action RPG that is being rumored to almost resemble a Bloodborne tribute, which is exciting news for the entirety of their fanbase since the gameplay will also be in the same style (all of which is derived from the Dark Souls formula). The game is very aggression-focused, barely carrying any protective/shielding weaponry.

The beauty and uniqueness will be in the details of this game, so if you know you enjoy such franchises, this game is also worth a try.

A newcomer to the classic retro game franchise collection made by Nintendo, Mario + Rabbids Sparks of Hope will be their newest game for the Nintendo Switch, equipped with a wonderfully nostalgic soundtrack and the well-known strategy adventure story.

The Last of Us Part 1 is getting a well-deserved remaster released this year, which will look and feel much better and more emotional. Its downside will be the $70.00 price tag, the equivalent of a whole new AAA game, leaving some questioning whether they should skip on it.

According to Lensa there are effective methods for asking for a raise, maybe it is time for gamers to follow suit. 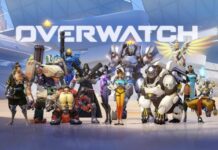 Overwatch 2: Death of the Original or Just a Sequel?