We have all heard of IQ tests and most of us have a basic understanding of what they are and why they exist. However, the knowledge we have on them is average at best and the majority of people only care about the final test number and want theirs to be as high as possible. In modern culture, the understanding is that the higher you score on an IQ test, the smarter or more intelligent you are. These tests are the basis on which acceptance to various academic establishments institutions is determined, and they are directly responsible for who gets the chance to do more in their life.

In reality, things are not that black and white and it has been long thought that the IQ test and its score are only a rough estimate of a person’s intelligence. There is no clear way to test somebody’s intelligence in its entirety and definitely not through traditional tests because the results tend to shift based on the person’s current mood, social background, and the environment they grew up in. We are all different to our very cores and a standardized test to measure our intellectual capabilities cannot exist in such a simple form.

Whit that being said, IQ tests are still very useful even if they can only give us a rough and crude insight into what is possible by which individual. Therefore, are here to stay and you have to understand them better and more accurately. We wanted to bring them closer to our readers so in this article there will be more word on them, particularity the tips to better understand their scores. To find out more, make sure to check out iq-global-test.com.

1. Know what the Scores Mean

So you got your score after taking an IQ test but you have no idea what the number suggests. According to the traditional description, there is a clear value scale of scores and what they imply. Scoring 130 and above means that you are very gifted, very superior, or extremely high on the score. Between 120 and 129 is gifted, superior, or very high. Between 110 and 119 is above average intelligence or high average, depending on the source. Between 90 and 109 are people of average intelligence, moving down by 10 points and scoring between 80 and 89 is low average. If you score between 70 and 79, that is borderline or very low, and below 69 is extremely low or cognitively impaired.

2. Percentage of Population in Each

Just like any other test you have done in your life, the IQ test is comprised of several sections. Each sections measures a different part of the brain and evaluates separate intellectual capabilities and systems. There are five abilities that are tested, and they include verbal reasoning (comprehension), visual spatial, fluid reasoning, working memory, and processing speed. Together, this is basically how our brain works and these five things should work together and complement each other in order for an individual to be of at least average intellect. However, each of them also has to be capable of working together and perform tasks unique for that kind of ability.

4. No Reason to Panic

It is natural for any human being to want to be better than the rest, even superior. Considering how these tests were perceived, they are capable of making people miserable if they score worse than they expect, or if somebody they believe to be below their own intellectual skills to score more than them. Things like this are common among children and adults alike and it can be said to be natural. However, you should not give it that much attention especially if it is a random game-like or pastime IQ test online. True tests mean a lot more and there should be certain amount of practice before you take it. As mentioned, there are many factors that influence the final score and they tend to be as small as not having a good night’s sleep the night before. Do not think you are stupid if you score low, or do not think your child is below average if they bring back the scores from school and they are subpar. You can always take it again and prepare for it since they are not that precise and reliable in the first place for actually measuring one’s brain activity and smartness.

To finish things off, we have to mention the type of intelligence IQ tests make. Or rather, we have to talk about what a good score implies. If you score above 120, people often tend to say “oh you are the next Albert Einstein” and recommend to you a scientific and academic career. This is not what the tests and scores are about. They are more like a guideline and a rough estimate of one’s capabilities for tings the test measures, the five abilities of the brain. Not everyone is made for a career in research or science, and people have different dreams to make it big and be successful. If you do not want to go to college and study for a masters or a doctorate, you do not have to. You can still have a high score on an IQ test and do whatever you like. For example, Elon Musk is said to have an IQ of 165, while Arnold Schwarzenegger has one of 135. Stephen Hawking had one of 169, and it is estimated that Leonardo Da Vinci had 181. Nikola Tesla had 189, but then Oprah Winfrey and Vladimir Putin have 141 and 127, respectively. And to the surprise of many, Quentin Tarantino has 163. Get this, Conan O’Brien and Bill Gates share an IQ of 160. The range is vast and all of these people are legends in their own fields. 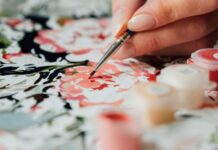 Is It Worth Buying A Tesla Car With Bitcoin