Many people have called for the introduction of no-fault divorces in the UK, allowing couples to separate without blame. But these types of divorces are not yet allowed in Britain. While most divorces in the UK are uncontested, with both parties agreeing to break down the marriage even if one of the parties doesn’t want a divorce, in some rare cases divorce can be refused. This can sometimes complicate the process for most people, which is why we thought it necessary to explain UK divorce law.

How Long Do You Have to Be Married Before You Can Divorce?

In England and Wales, a couple can only file for divorce after having been married for a year. The petitioner can file the petition in court to begin the proceedings.

What do you have to prove for Divorce to be granted?

The petitioner has to prove that the marriage has irrevocably broken down for divorce to be granted. There are five reasons to petition for divorce under UK law and they are adultery, unreasonable behavior, desertion, two years of separation with consent and five years of separation without consent. It is, however, worth noting that if your spouse has been unfaithful, you can file for divorce citing adultery as the reason. But if you are the one who has had the affair, you can’t use adultery as your grounds although you may be able to use unreasonable behavior which is the most common explanation in divorce proceedings.

Solicitors recommend that both parties be in agreement of the ground before the divorce is filed. This reduces the chances that the divorce will be refused and also make the process faster.

How can Divorce be refused?

In Scotland, couples without children under the age of 16 are allowed to carry out a form of DIY divorce, ensuring a quick end to the marriage. All the parties in the divorce have to do is fill out a form at the sheriff’s office and file the necessary paperwork. You can get a solicitor to help you with the paperwork and any disputes over finances and children must be resolved before you go to court. If you want to have a defended divorce, you can take the disputes to a sheriff court.

What is a No Fault Divorce?

If no fault divorces can be allowed in England, couples will be allowed to file for divorce without the other partner taking the blame for the breakdown of the marriage. Couples will simply be able to petition for divorce by saying the marriage doesn’t work or that they no longer wish to be married. As the law stands in the UK, this is not possible. You must provide a reason for the breakdown of the marriage and it must fit one of the five grounds discussed above.

For more information and for guidance / advice –  contact your local family law firm. 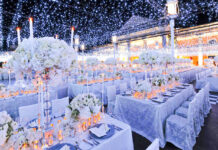