HBO has been very secretive about Season 3 of famous crime drama television series True Detective. There has been no official announcement regarding the show, but the fans are eager to know more.

According to Casey Bloys, what is for certain is that True Detective stays with Nic Pizzolatto, but some other information will remain behind the closed door:

The reason Nic Pizzolatto is having second thoughts about the next installment of True Detective is the fact that its second season earned some poor reviews and wasn’t that well accepted. Matthew McConaughey, on the other hand, stated that if the series would return, he would gladly agree to come back.

“If that thing was written well and it came up again, I wouldn’t hesitate for a second,” he said.

Casey Bloys has also added that “[True Detective] is not dead.” Both Casey and Nic are more than willing to see this new season coming to life, only apparently “Nic doesn’t have a take [right now].”

However, changes in production are possible:

Even though Pizzolatto would still be at the helm as an executive producer, he might choose another option of involvement in the next sequel.

Despite the poor reception of the previous season, Michael Lombardo, who is the HBO boss, jumped in to defend the season 2 and expressed his desire to continue with filming:

“I’d love to do another season. I haven’t asked every one of the 12 million viewers who is watching, but I think what he’s doing is so much bolder, braver and satisfying that what I’m seeing in film. I’d happily be in business with him for a long time.”

This comment was followed by one in which he praises Pizzolatto and his work by commenting this guy as:

“one of the best writers working in television and motion pictures today.”

And finally, when it comes to the release date of the new season, it will most presumably happen in winter 2018, and that is to say if it happens. 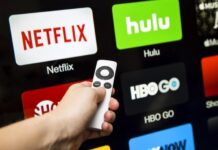 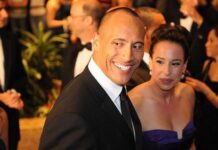 Massachusetts Senator Is A Big Fan Of Dwayne Johnson 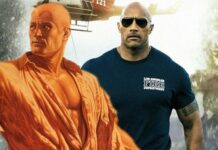