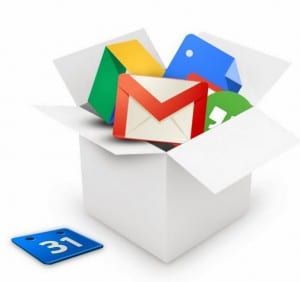 According to Nielsen, Apple Inc. (NASDAQ:AAPL), Google and Facebook Inc (NASDAQ:FB) are the top apps in 2015. These Silicon Valley giants have had the most usage by Americans in 2015.

If you use a smartphone or a tablet, there are very high chances that these devices have applications from Google, Facebook and Apple. Five of the ten application in the top ten in terms of usage come from Google; three of them were Facebook applications and two of them from Apple. Unfortunately, there were no Microsoft’s applications on the top-ten list.

According to the report by Nielsen Facebook has taken the lead again as the top smartphone application. The social network application had an average of 126.7 million different users every month in the past year; a growth 8% from 2014. However, only 39.6% of Americans make that huge number, which is to say that many Americans prefer other social networking applications.

The biggest winner in the increase in usage was Facebook Messenger application, which ranked 3rd in Nielsen’s report. The increase from last year’s usage was a smashing 31%. Messenger was a part of the main Facebook application but was separated in the hope to boost usage. The messaging application had 96.4 million unique user’s every month.

Google Search, Play Store, Maps and Gmail all from Google ranked from fourth to seventh respectively. These applications are preinstalled in most Android devices from different smartphone manufacturers. Google’s Search application had a unique user’s average of 95 million, a 3% increase from 2014. Updates and new features are easily incorporated into Android devices. However, the increase in usage of Google’s applications is surprisingly very low. Play Store, which is the primary source of Android applications, had 89.7 million users monthly. There was an increase of 8% in usage of Google Maps. It is surprising that the reports listed Gmail as the 7th most popular application. It had only 75 million unique users monthly.

Instagram had a healthy increase of 23% from the previous year. This picture sharing application is owned by Facebook. The Application had 55.4 million users every month. Apple’s apps, Apple Music and Apple Maps landed in positions nine and ten.

Microsoft did well with the Microsoft Office application, but it was still not good enough to feature in the top ten. The ranking should communicate to Microsoft that they have a lot to do, especially with the popularity of their operating system on mobile devices.

The Role Social Media Plays in the 2020 SEO Game