Many of us enjoy playing lottery tickets and hope for a chance to win millions of dollars. There are a lot of interesting facts about this popular type of entertainment. Do you want to check them out? You can check out loto188.me to know fascinating information about the lottery. And now, scroll down the article below.

1. The earliest lottery games in the world

The lottery games were early invented around 100 BCE in Ancient Rome and even earlier in China. Augustus Caesar was one of the first men organizing a lottery game. He brought in a lottery where all citizens of Rome could buy tickets for prizes consisting of the treasures the army had brought back from their latest conquest. The money from selling tickets was then used for restoring and maintaining the city.

2. The lottery is one of the most prevalent forms of entertainment

In most countries, people spend more on the lottery than all other forms of entertainment. For example, when going to Vietnam, you will see lottery sellers and lottery stands along most of the streets across all cities. And Vietnamese people usually buy a lot of lottery tickets every day.

Another example is the USA. In 2014, Americans spent $70.1 billion on lottery tickets, which was much more significant than the total money on sports tickets, books, video games, movie tickets, and recorded music.

3. Voltaire Was an Early Lottery Winner

French writer Voltaire teamed up with a mathematician Charles Marie de La Condamine, and identified a loophole in the French national lottery. The French government ran the lottery from 1728 to 1730 with the aim of raising money for the government.

However, the government miscalculated the prize and shelled out massive prizes for the contest with the payouts larger than the value of all the tickets in circulation. After figuring out this, Voltaire and his partner bought up as many of the tickets as they could and won over a million francs together.

4. You need to be anonymous

When you won a lot of money, you might want to share your happiness with everyone, right? But the fact is that it would be better for you to keep yourself anonymous. This could save you from a lot of problems such as being threatened to give money to the bad guys, being scammed, and so on. That’s why more than half of lottery winners choose to stay anonymous.

Based on your location, sometimes, your name must be public. In that case, you need to hire a reliable lawyer and let your lawyer do the talking for you. He or she would also provide you the instructions on what you should do to keep your money safe.

5. Lotteries are a sneaky tax

Have you known that lotteries work in some ways like a voluntary tax? The ticket buyers pay money for the government, and the government will make this amount of money for many worthwhile expenditures like parks, education, and emergency responders.

Also, when you win the lottery, you will have to pay a lot of money for taxes. The amount of money you need to pay will depend on the policy of the government on taxable income, how you opt to have the prize money distributed, etc.

6. Almost half of the winners keep their day jobs

Even when winning a large amount of money, almost half of the winners prefer keeping their current jobs. The data from the Camelot Group showed that 48% of winners continue to work at their day job after sticking it rich. Meanwhile, 67% of Americans said that they wouldn’t quit their job even if they won $10 million.

7. Some winners keep on winning

You have to have a super fortune to win a lottery, right? But do you know that there are many people who win millions of dollars a few times? A typical example is a former math professor with a Ph.D. from Stanford University specializing in statistics has won the lottery four times. Unbelievable, right? But this lady won $5.4 million the first time, $2 million a decade later, $3 million two years after that, and finally, $10 million in 2010. The odds of this happening have been calculated at one in eighteen septillions.

8. Buying a ticket illegally means you lose the winnings

You probably know this fact that when you buy a ticket through illegal means, you will lose everything you win. In 2005, there was an Oregon woman who won $1 million by using the credit card of her boyfriend’s dead mother to buy the ticket. After the authorities recognized this, they punished her with an additional $12,000 in illegal purchases. She also had to give all of the winnings to the Medford Police Department.

9. Most of the winners lose it all

You might think that people would be more prosperous when they won the lottery. Yup, they all became wealthy within a short period of time, but most of them lose everything after a few years or even a few months.

According to research from Camelot Group, which runs the UK National Lottery, 44% of the winners lost all the money. Another report from National Endowment also showed that 70% of winners went bankrupt in a few years.

The common reason why most winners lose everything is that they lack financial knowledge. Hence, they don’t know what to when suddenly finding themselves with an enormous amount of money. They usually spend all the fortune on liabilities such as new homes, clothes, jewelry, cars instead of investment for their life.

Here are the top 9 facts about the lottery. They are so awesome, right? If you have any further interesting information, let’s share it with us through the comment below.

What’s more? If you are fond of more exciting information like this, follow our blog as we will be back with more surprising things to discover. 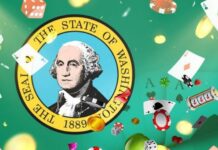 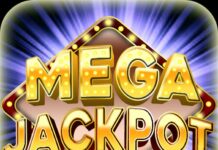 Strike it Rich by Winning a Mega-Jackpot 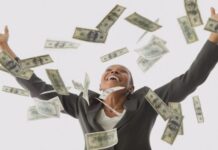 Investing Vs. the Lottery