There are many benefits of vaping that contribute to its ever-increasing popularity. It can be tricky to sort fact from fiction at times, however, given how relatively recently vaping became a popular alternative to smoking.

Today, we’re going to explore the proven benefits of vaping.

1. Health Benefits of Vaping vs. Smoking

According to substantial research, there are many health benefits of vaping vs smoking cigarettes. While vaping isn’t completely harmless, the Royal College of Physicians (RCP) in the UK has found that harm from long-term vaping “is unlikely to exceed 5% of the harm from smoking tobacco.”

This drastically reduced risk with vaping is thanks in large part to the lack of burning (read: carcinogens) that is required. Regardless of what one smokes, conventional burning will damage the lungs to a degree that current research suggests vaping won’t.

One of the other major benefits of vaping over smoking is that there are no odors. Cigarette smell sticks to your clothes and surroundings like glue, which can be extremely unpleasant. With vaping, however, whatever little smell is noticeable (which isn’t much) is simply the flavor of whatever cartridge you’re using.

If smoking dried herbs, there will be a more noticeable smell — but it’s still not that strong, meaning this example of the benefits of vaping over smoking is truly universal.

Smoking dried herbs presents a significant challenge; you can only inhale so often, and you can’t stop the herbs from burning during the in-between periods. This leads to a lot of waste.

One of the benefits of vaping weed (to name one herb) over smoking it is that you can control the machine’s output.

Even after you’ve vaped weed or other herbs to ‘completion,’ the material is still intact and can be used for other activities, like baking. Can’t do that with smoking!

One of the main benefits of vaping is that you have a whole variety of options. Shops like VaporizerChief have just about every type of vape you could ever want, at every price point.

One of the major benefits of vaping over smoking is that you also have more options as to what you can use.

Smoking favors dried herbs, whereas the benefits of using a vaporizer allow you to smoke not just dried herbs but things like e-juice (which comes in more than 7,000 flavors) as well. Some people even enjoy vaping essential oils.

If the benefits of vaping that we’ve laid out so far don’t interest you, this one should certainly do the trick. After all, who doesn’t like having more money?

NerdWallet crunched the numbers and found that pack-a-day smokers spend an average of $2,569.60 a year on cigarettes. By switching to disposable vapes, you can cut that down to about $1,386 — savings of nearly $1,200.

But the benefits of vaping over smoking become really clear when you switch to a rechargeable vaporizer. WIth these, you can get your cost as low as an average of $516 per year. That’s a savings of $2,053.60 compared to smoking cigarettes.

Plus, competition in the vaping industry is fierce. The space as a whole is still relatively new, so these costs are likely to plummet even further.

Considering all of the other health benefits of vaping vs smoking, switching is really a no-brainer.

6. You Can Stop Vaping at Any Point

When you start smoking a cigarette or dried herbs in rolling paper, you can’t just take one or two puffs and say “I’m done.” That would be wasteful (and even sacreligious, depending on what you’re smoking and who you’re smoking it around).

Many types of e-cigarettes feature on-demand heating, meaning you can vape very small amounts intermittently. The benefits of vaping weed over smoking continue to add up!

7. There Are Social Benefits, Too

As mentioned earlier, cigarette smell can irritate people around you. Beyond that, smoking is becoming increasingly stigmatized. It affects the way you look, with yellowed skin and teeth, and you’ll have to excuse yourself from many situations to do it.

Vaping is significantly less invasive. Research suggests it does not discolor your teeth, which also reduces the potential for stigmatization.

8. You Can Ditch the Nicotine

One of the most popular benefits of using a vaporizer is that they can help you quit smoking. Nicotine is an incredibly addictive substance. Many people find it difficult to wean themselves off cigarettes for this reason. With vapes, the juice comes with varying amounts of nicotine, making it easier for some to transition themselves from higher levels to lower, and eventually zero, nicotine-infused liquid.

By now, you should have a pretty solid understanding of the benefits of vaping. Research suggests that e-cigarettes are much safer than smoking traditionally. Switching can also save you a significant amount of money.

If you smoke dried herbs instead of tobacco, it’s also worth switching to vapes; they’ll conserve your herbs and deliver more consistent doses while reducing smell. 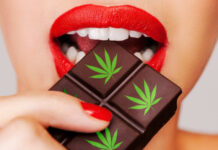 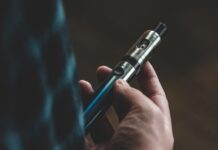