Buying a vehicle as soon as it goes on sale certainly has its advantages, but sometimes it is just better to wait for a few years and purchase the car which has already been used because its price decreases significantly. Sometimes the starting price of the model produced in the United States is high, but even after a few years, it stays at that level without any particular reason. Here is the list of seven vehicles which are surprisingly expensive.

The Plymouth Prowler is designed in a way to be a classic. Thus there was a price tag of $44,625 for the vehicle that just rolled off the factory. According to KBB, a Plymouth Prowler that has 67,000 miles on its trip meter should cost $22,222. However, there are even more expensive examples such as the one selling on eBay that costs $29,995 with just 20,000 miles covered.

In the first three years on the market, more than 30,000 examples of the Lincoln Mark LT have been sold. Even nowadays, the price of this pickup is on the high level, and according to KBB the one with almost 100,000 miles on the clock is worth $20,812. On eBay, you might be able to find a slightly cheaper version.

Only 1,266 examples of the Pontiac Solstice Coupe were assembled at the Wilmington, Delaware facility and after that, the production ended. According to KBB, the Solstice Coupe with 60,000 miles in its pocket costs $9,369. On eBay, you can find several of these priced at $22,000 and considering that its starting price was $24,275 that is just too expensive.

Is there any other car that comes with a high price tag even though several years have passed? 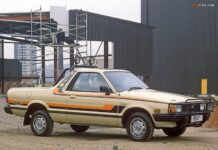 The Oddest Pickup Trucks in the US