A library is not only an important establishment in learning institutions, but also a societal necessity. The question is how well-equipped is your nearest information center? Also, does it reflect modernity or you will still find empty shelves whenever you visit and no tech gadget to use? 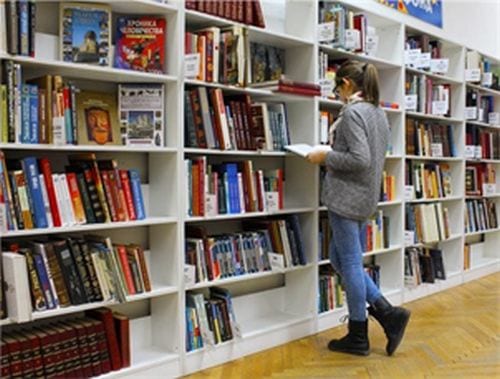 The truth is that students in this age need more than access to the best custom writing services on the web anytime and anywhere. Being able to use a modern library is vital, even if it means traveling thousands of miles.

Ostensibly, libraries are information centers, but, when it comes to ranking the best in order of modernity, facilities within such buildings play significance. For example, today’s libraries have adopted information systems that make it quick for students to access books anytime and anywhere. Moreover, libraries in the modern age operate online platforms, which is a move away from traditional bookshelves. You can access and order books anywhere. Then there is the part of architectural design and book capacity, which in many ways, make a clear distinction between modern and traditional libraries.

The following rank among top seven modern libraries in the world:

While it is the oldest in the country having been established in 1952, Trinity College Library boasts of modern exterior and interior design facelift. It is hosts the world’s largest chamber with more than 200, 000 books for the ardent reader.

Following its constriction in 1997, TU Delft Library in Netherlands features more than 862, 000 books, and is an underground building with only a huge cone-shaped room announcing its presence. It is situated in 5,500 square foot area, and meets green architectural design guidelines.

Stuttgart city library reeks of modernity in every sense. It houses conference facilities, exhibitions and thousands of books. And, being close to Porsche museum makes it even more appealing to visitors.

In Singapore, Bishan public library fulfills every curious reader.  It is an award-winning facility straddling 4000 square meters of land. It features a glass ceiling and a picturesque modern design.

5. Geisel Library in University of California

In San Diego, USA, university of California’s Geisel library is a sight to behold. Designed in the shape of a spaceship, it has not only been featured in several films and publications but also houses modern dining, cocktail facilities and thousands of books.

Central library in Seattle is a depiction of modern architectural marvel, and attracts millions of tourists from around the world. Having ranked among top 150 in the American institute of Architects, there is no way you wouldn’t want to miss out of facilities such as free guided smartphone tours in this place.

Turku City Library depicts technology and innovation. Everything here is automated, and specialties in different sections make your fun and thrilling.

Tens of libraries would have made it to our top 7 list. Cerritos Library, Pace University Library, New York Library, Halmstad, Malmo City Library and others are equally worth mention. You can always check out freelance editor jobs in this subject to add more.