With so many great movies in 2016, it has been easy to miss out on some other good ones, as well. But that’s why we are there for you, to give you a list of 5 movies you might want to catch up on.

The Witch is an Indie film set in the mid-17th century in New England. Namely, the main character is William, who is threatened with banishment from the Puritan plantation. In order to avoid that, he and his family move to the outskirts near a forest where mysterious and maleficent things happen, such as missing things, witchcraft, etc. This is an incredibly well-made horror film that should be watched.

Although it didn’t make much at the box office, the movie was extremely well received. It is based on a short film of the same name, its story following a woman in her sixties named Krisha who has spent her life fighting drug and alcohol addiction. It has naturally led to her being estranged from her family, whose trust she’s trying to win back in this gripping story of drama and compassion.

3. Kubo And The Two Strings

With competition including Finding Dory, Zootopia, Moana, this big-budget animated film might have easily been missed out on. This 3-D stop-motion animated film is about a young man Kubo, who has magical powers and a missing left eye. The story follows his adventures in ancient Japan, followed by a monkey and beetle. This is a must-see movie appealing to all ages.

Sing Street is an Irish musical comedy film whose story follows a young man who forms a band to impress a girl. Namely, he met her in his new school and the two start a romance along with the band’s success and fame. This movie incorporates comedy and the musical aspect that everyone must see and hear.

1. Manchester By The Sea

Since it was a late release this year, December 16, the same week as the release of Rogue One, it was easy to miss out on it. Casey Affleck and Gretchen Mol star in the movie, which is a story of loss and pain following a young man who recently lost his father. Although you might need a box of tissues for this movie, it was incredibly well received throughout the whole world, and it would be a pity not to watch it. 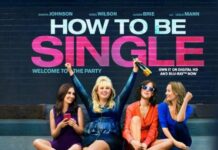 Top 7 Excellent Movies from 2016 That You May Have Missed