How time changes. Just ten years ago sedans were considered family only vehicles but thanks to modern day crossovers and SUVs, this type of cars are not viewed like that anymore. Now automakers are giving all they’ve got to make their models as stylish as ever. Thanks to that notion it is very difficult to pick the candidates for a top 10 list, but we gave it a go anyway. Here you will probably find a lot of vehicles that are made by luxury automakers, do not despair, we have a few of them that are actually affordable. So let’s get started!

Alfa was not present on the US market for a long time, and their return has begun with the 4C Coupe, a specific sports car that probably will not find its way to many garages. To mend that Alfa made the Giulia sedan, a vehicle with attractive Italian styling and the unmistakable Alfa Romeo front end. It has a few trims, but the range-topping one is the Quadrifoglio that comes with aggressive front end with large air intake openings that give it a truly powerful look.

This British automaker made a good thing when they made the Rapide S. They basically added two more doors on a stretched body and kept that famous Aston Martin appearance. What they came up with is the most attractive sedan out there, but there is only one thing company regrets, and it’s the fact that it doesn’t sell as much as they want.

Audi vehicles are awesome, but you will hear from many that they pretty much all look the same. Well, to be honest, part of that is true, but there is something special to each model, RS7 especially. The company managed to make the most incredible four-door coupe on the market, and they did it by following the footsteps of the Mercedes CLS with the addition of Audi’s special touches that imply more attractive and flowing lines with an impressive and striking rear end (front pretty much looks the same on any model).

Infinity always managed to make good-looking and sleek vehicles that could stand out in a market of very angular and hyper-aggressive sedans. It was always classy and had a design style that ages good and is hard to forget, and with the Q50 that continues because this one is by far the prettiest sedan in its price range.

Cady’s were always angular and boxy, but they were always a brand that stood for comfort and elegance while the performance side was somewhat neglected. With the latest ATS-V Cady managed to win on both fields and produce a model that looks great and performs well enough to compete with the best of what Germany has to offer. They managed to balance out its sportiness and luxurious side while not straining from its American roots as far as design is considered.

A very nice sedan from Lincoln took a while to get to the scene, but when it did, it showed that the company still has what it takes to get back on track. Lincoln showed, with their new Continental, that they can make nice and attractive cars that still have that conservative design. According to the carmaker, the Continental is “Cool. Calm. Decidedly Continental,” and we agree with them.

The Ghibli, when compared to the Quattroporte, is somewhat smaller but is without any doubt a lot more stylish and sporty out of the two sedans this company offers. It certainly is not a four-door Ferrari, but it has something of its own, special string, to offer to the market that is filled with luxury performance sedans.

This is one of those affordable models I promised. The styling of this car is somewhat old, but it is still appealing to many which just shows that besides Infinity, Mazda also has a recipe for aging well. The overall look of the sedan is a lot more upscale (compared to its price) and its hinting both luxury and sportiness at the same time. Its competitors (for example Honda Accord and Toyota Camry) are fierce, and we are glad to see that the company decided to risk a bit when the design is considered.

If you listen to people, talk you will hear that many of them will say that the CLS started the entire four-door coupe thing and that thanks to it that craze is still going on. When you have a model start something new, it is logical that after some time it becomes old-fashioned and outdated, but no, that is not the case with CLS. It is still the best looking sedan on the market, and with its most aggressive and powerful CLS63 trim tuned by AMG, it really does not have a competitor. You can also have a more affordable version, which is Mercedes-Benz CLA, and it actually borrows styling cues from the CLS.

We came to the good old, mellow Volvo and its S90 model. As it is with Volvo, anything that comes out of their factory isn’t something that will scream at you, it’s just the opposite, it will be calm, collected, with clean lines and a handsome profile. The company utilizes this design language to the almost entire lineup which is awesome, especially when you consider the smaller models that are coming. It is true that they have to accomplish a whole lot more in order to compete with the luxury brands like BMW, Mercedes-Benz, and Audi, but when you look at what they’ve achieved so far, they are definitely on the right way. 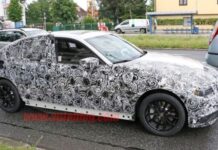 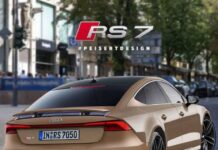 Audi RS7 Sportback – What Will The New Model Look Like? 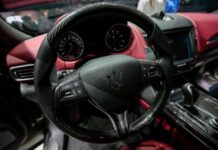