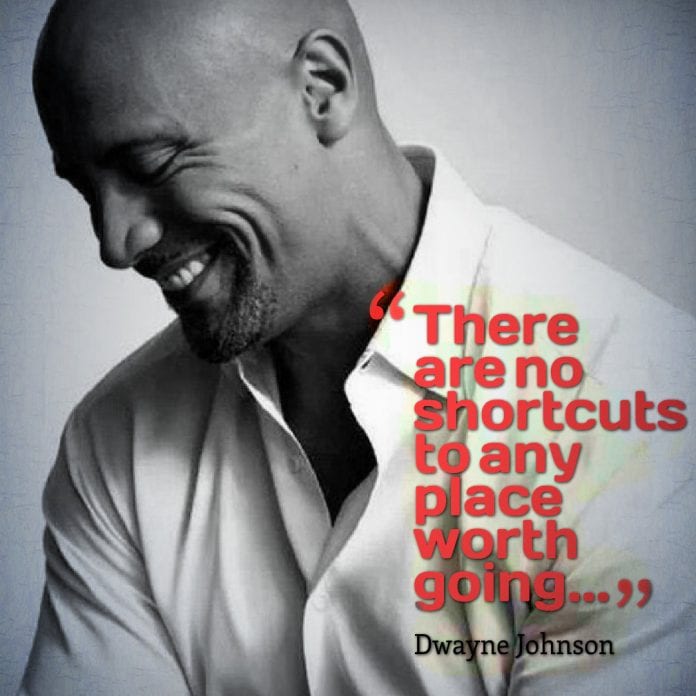 11Best Quotes By One And Only The Rock

Dwayne Johnson started his career in WWE and managed to elevate himself to the position of Hollywood’s best-paid actor. What fuels The Rock is hard-work, motivation, and passion. These traits brought him a total of 17 championship reigns in WWE thus becoming one of the most recognizable personas on social networks.

The beginnings of People’s Champ in the world of entertainment weren’t easy. He played football at Miami College, but unfortunately, he wasn’t able to progress to NFL due to injury. Even his time in CFL was limited. But fortunately for us, and him also, he followed in the footsteps of his father and grandfather before him and entered the world of wrestling. He quickly became one of the best wrestlers of all time, but what he wanted was a career in Hollywood. It started in 2001 with the film called The Mummy Returns.

Now he has dozens of movie projects behind him which include titles such as Fast & Furious, Pain & Gain, and Jumanji: Welcome To the Jungle. In addition to this, he holds a couple of Guinness World Records, one of them being for most selfies taken in three minutes.

But, Dwayne is not your ordinary Hollywood superstar. More than anything else he’s an inspiration to the rest of us. Here are some of his greatest quotes.